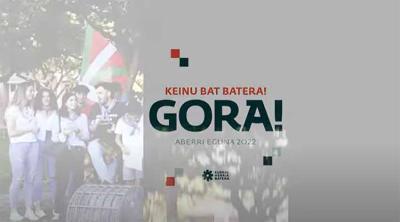 Euskal Herria Batera called to make a joint gesture in Aberri Eguna 2022, carrying ikurriñas and Nafarrese flags and singing, with three proposed songs: "Ikusi Mendizaleak", sung by Basque diaspora members; “Txoriak Txori” by the local choir in Amaiur, for its centennial; and “Gernikako Arbola” by well-known musicians and popular choirs of Gernika, claiming a future for the Basque Country and Basque men and women, in an international concert of solidarity with other peoples and citizens.

This video that Jean-Paul Barthe put together shows how the headquarters of Gure Euskal Etxea, the Basque Cultural Center, in San Francisco, was built from scratch, in the form of auzolan [a traditional Basque formula of community work]. Work began in 1981, to be inaugurated in 1982. The video was screened on February 19 and 20, 2022 at the 40th anniversary celebrations of the Center in memory of all the men and women who contributed and made its reality possible. Zorionak eta mila esker handi bat!

"Not any restaurant," a documentary about the Basque restaurant 'Wool Growers' in Los Banos, California and the Basques in the area. Made by Matt Mealer and premiered on November 27, 2021 on the local TV channel KSEE24 and a couple of days later on social networks.

"We Tried to Learn Europe’s Oldest Language in 7 Days": Video of an experiencia with the Basque language

"Basque is a jewel that has survived thousands of years and is now thriving especially among the youth. It was an honour to study it and we hope other people decide to do the same." Video of Ollie & Sebastian's visit to the Basque Country and the results of their effort of learning Basque in a week.

For the second consecutive year, the Basque Government will not organize Gaztemundu in 2021, due to COVID-19 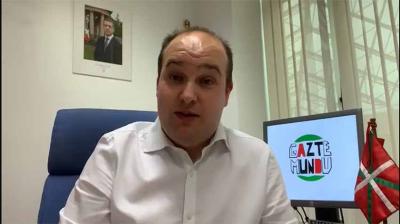 Gorka Álvarez Aranburu, director for the Basque Community Abroad, announces in this video initially posted on Facebook that the Basque Government will not launch in 2021, for the second consecutive year, due to the pandemic, its Gaztemundu program for youth from Basque clubs around the world , due to the restrictions and problems to travel and gather the participants in equality in Euskadi while maintaining the group's health conditions. 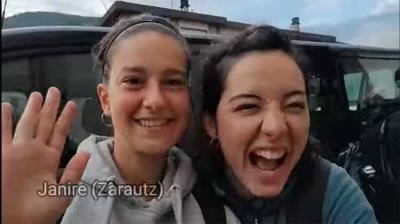 In July 20221 the third edition of EuskarAbentura was held, an initiative that set itself the objective of offering young Basque people aged 16-17 years - from all of Euskal Herria as well as from the Diaspora - the opportunity to live together during a whole month while they were backpacking towns and places in the country, getting to know them, learning in situ about their history and traditions with local experts, sharing values ​​such as environmentalism or equity, all with the Basque language as an instrument for personal growth and enrichment. This video, recorded by the English Basque Dylan Inglis, corresponds to the 24 hours in which he visited the group to share the experience with them. Eskerrik asko, Dylan! 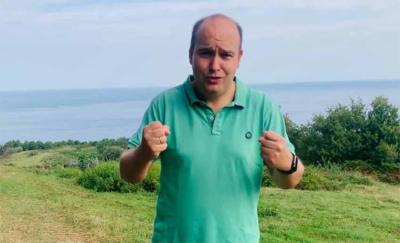 A few days after September 8th, Euskal Diasporaren Eguna or International Day of the Basque Diaspora, Gorka Alvarez Aranburu, director for the Basque Community Abroad of the Basque Government, shares a big Zorionak (congrats) and congratulates to all the people, euskal etxeas, Basque groups and communities around the world who have joined the greatly successful celebrations of the fouth edition of te event (until the 34" in Basque, then in Spanish). Gora Diaspora!

Ekilore restaurant of Euskal Etxea in Mexico City: the delights of an authentic traditional Basque restaurant 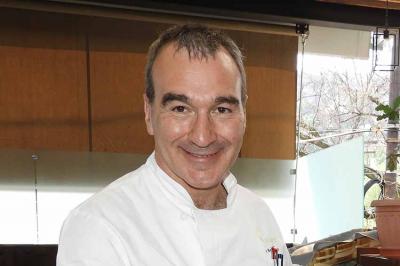 The images in this Gourmand video do not need any further comment: they are highly expressive and evocative, they activate gastric juices without warning and make the taste buds salivate. Check out the gastronomic hospitality of the Basque Center in Mexico City and its Ekilore restaurant run by chef Pablo San Román from Donostia-San Sebastian. 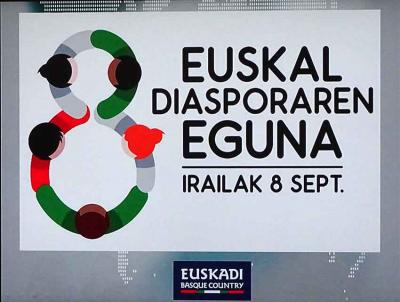 The Basque Diaspora Day will be celebrated on September 8, for the fourth year in a row. It is a day to celebrate and proclaim. To celebrate the pride of Euskal Herria towards its Diaspora, as well as the belonging and deep ties of the Basques of the Diaspora with their culture and country of origin. A day of mutual pride and demand for a greater presence and knowledge of the Diaspora by Basque society.

The Basque Government invites you to celebrate the day and to use the hashtag #EuskoChallenge, proudly showing the world how you will celebrate it. 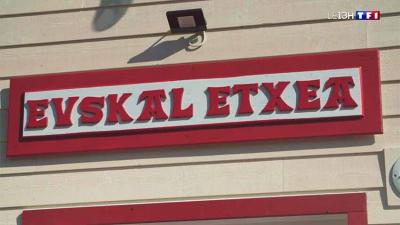 Every year in August, the French islands of Saint Pierre and Miquelon celebrate their Basque Festival. Remember that, despite being geographically located near Canada and Newfoundland, these islands are part of France and have a rich Basque history, thanks to Basques that went there to hunt whales and fish cod. This year, the local Basque Festival was August 9-15. And the cameras of the main French channel TF1 visited them, discovering the archipelago and its Basque heritage to the French public.