The Basque company, Kulunka, will provide a mask workshop in Madrid to later begin a tour through the US 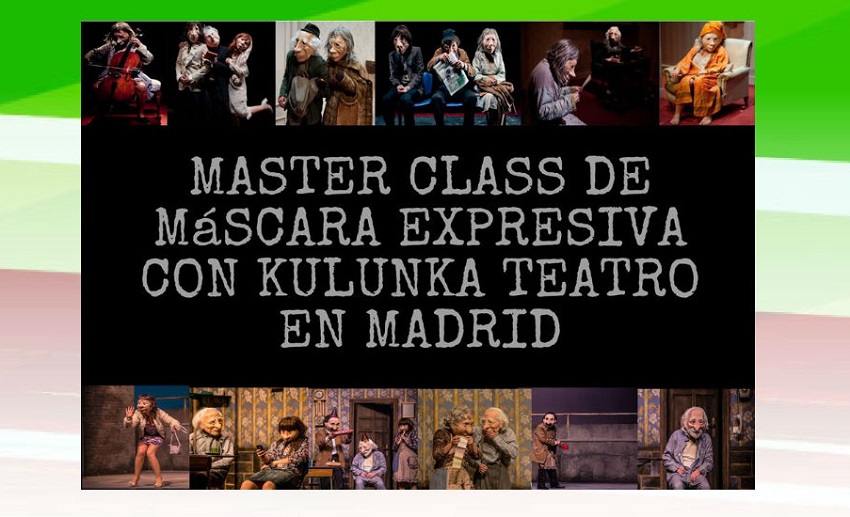 The Kulunka Company will teach a mask workshop in Madrid

Donostia-San Sebastián. Organized by the Las Rozas Theater School, the workshop will take place during the first three Fridays of March from 6:30pm to 9pm, and on the last Saturday, the 28th from 10:30am-1:30pm.  Kulunka is a company from Gipuzkoa that is international renowned for its work in gesture theater, in which the mask plays a central role. Anyone who would like to participate can become familiar with expressive masks, and their technical requirements to the service of narrating without words.  More information on the workshop available here.

In a few weeks, the company will begin touring the United States.  The multi-award winning work André and Dorine, that Kulunka has performed in the Diaspora in countries like Argentina, Colombia, Russia, Taiwan, Uruguay as well as on US stages, will now travel to San Francisco on May 7th; then on to Los Ángeles on May 21st, and again on June 7th, and then to New York on July 9th and August 9th.  The US tour can be followed here: André and Dorine on Tour

Kulunk was created in Gipuzkoa in 2010 thanks to Garbiñe Insausti and Jose Dault.  Based on the concern that its members to “discover a language that transcends beyond words,” the theater using masks has traveled to more than 25 countries in Europe and North and South America.