Farewell to Roger Minhondo in California; Aita Cachenaut will celebrate a memorial mass in Irisarri on August 8th 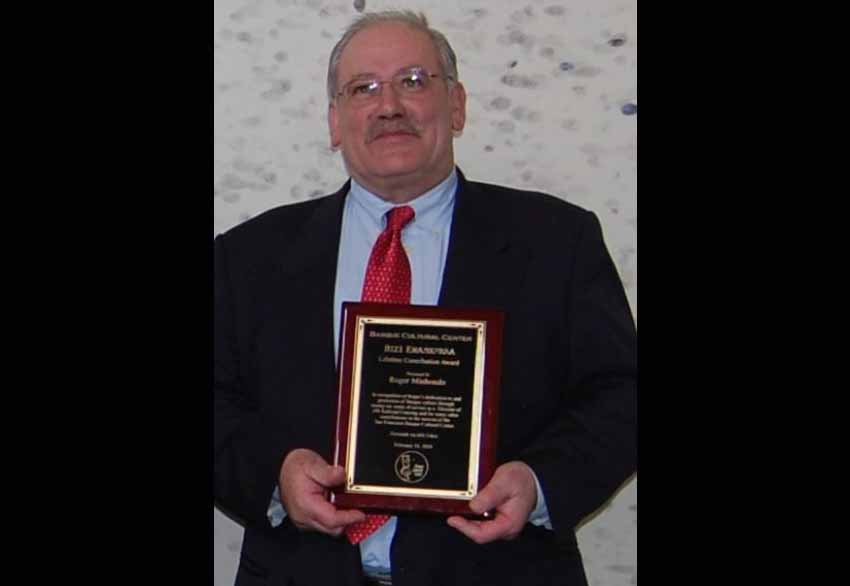 Novato resident, Roger Minhondo passed away at the age of 71. Seen here with the Bizi Emankorra award at the SFBCC

San Francisco, California, USA. Roger Minhondo, Chef from Behe Nafarroa passed away last Sunday in Novato, California and since then we have received notes of condolences and tribute from California as well as from Euskal Herria.  He will be cremated this week, and his funeral will take place at the end of August.  In the Basque Country, Aita Jean-Pierre Cachenaut, will celebrate mass in Basque and some English on August 8th at 3pm in Irisarri.  This mass will be recorded with the video being later sent to his widow and family in California.

Roger Minhondo was very well known in the area of restauration in San Francisco, chef and owner of the Guernica Restaurant in Sausalito, first and since 2000 of the Chalet Basque in San Rafael.  He was born in Irisarri (Behe Nafarroa) in 1949.  He studied at the Biarritz School of Hospitality, where he worked as a cook at the Parisian Hilton. His obituary is available here.

Your joyous laugh will be missed.