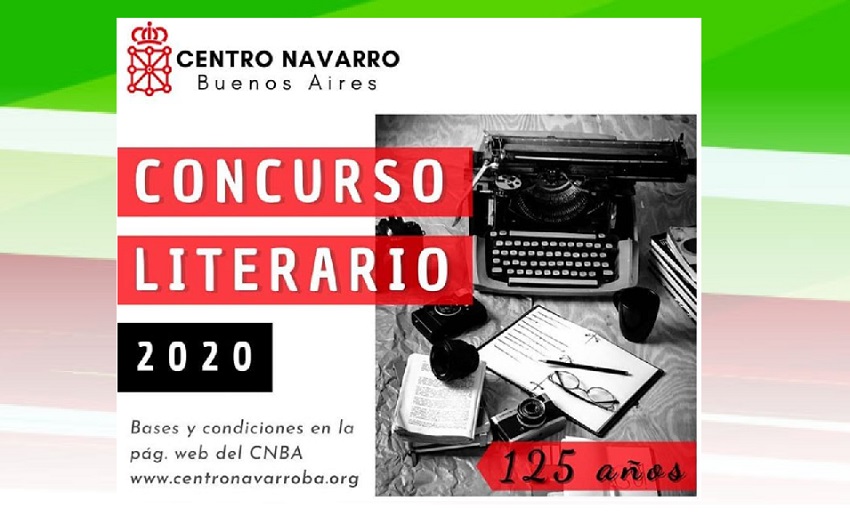 Buenos Aires, Argentina. The Centro Navarro in Buenos Aires will celebrate its 125th anniversary on November 3rd , and even though the celebration won’t be as they had imagined originally due to the pandemic, they will hold some kind of virtual event for everyone to enjoy. The Short Story Literary Contest continues as planned, although with some modifications.  The first and most important being that the deadline to submit works is now October 31st.

Another important change has to do with the prizes, since one of the prizes was a ticket to the Anniversary Banquet, which has been cancelled.  The prizes, plaques and certificates, as well as the publication and diffusion of the stories on the Center’s social media will continue as planned.

In regards to the contest rules, the contest is open to anyone over the age of 16, residing in Argentina, and the theme of the work should have something to do with the idea or concept of “immigration/emigration.” Stories published on blogs or in anthologies will also be accepted.

Submissions should be sent to centronavarroba@yahoo.com.ar. The jury is comprised of Rubén Poustis, novelist and poet; Ernesto Pierro, novelist, poet, tango lyricist and coordinator of literary workshops; and Santiago Varela, playwright, novelist, humorist and choreographer.

Complete contest rules here. IMPORTANT, read them as there have been changes to the original rules due to the pandemic.  For more information, contact the Centro Navarro via email or through its social media or on its website.