Basque clubs and Basque lecturers will be able to watch the debut of the musical “Kutsidazu bidea, Ixabel" live this Thursday 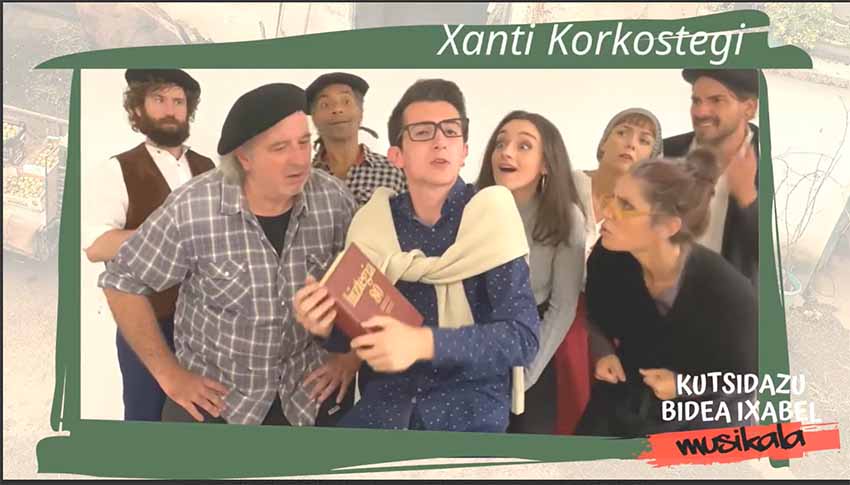 Bilbao, Bizkaia. The musical version of the film (originally a novel) "Kutsidazu bidea Ixabel,” that has been shown on numerous occasions at Basque clubs and in Basque classes all over the world, will debut this Thursday at 7:30pm at the Arriaga Theater in Bilbao, and can be watched via live streaming thanks to the Etxepare Basque Institute, by Euskal Etxeak and Basque Language and Culture Lectureships at universities around the world who are expressly invited to do so.

According to the work’s summary, "In this musical comedy, based on the hilarious novel by Joxean Sagastizabal, Juan Martín will have to face, on the one hand, language problems and, on the other, his ignorance of the rural environment in which he has disembarked. Added  to all of this are feelings unknown to him until now, that are being awakened by the attractive Ixabel, the family’s daughter; and the confusion caused by the environment that communicates musically with him: be it rapper trees, apples that sing, a 'Kuppela' or dancing cows.”