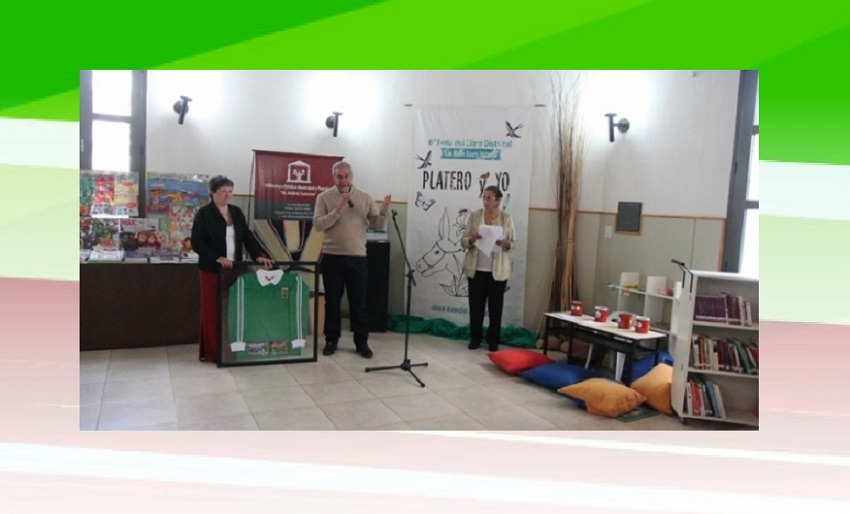 Salliqueló, Argentina. The 6th edition of the Salliqueló Book Fair took place at the Miguel de Cervantes Saavedra Cultural Center October 23-25.  Besides book presentations, there were also puppet shows and live music during the three days of the fair.  Invited by the organizers, the Basque club in Salliqueló participated with a stand that provided visitors books on Basque gastronomy, history and culture in general.

In the words of club reference, Marta Gorostidi, to EuskalKultura.eus, “We have a space in the Cultural Center, as happens with the Spanish Association and the Portuguese one where we have our library that is pretty complete.  Participating in the fair was a good opportunity especially during this moment of very little activity due to the situation in the country,” Gorostidi explained.

Even if it is true that the institution isn’t active currently, it is also true that the Tree of Gernika planted four years ago, not only took root, but is growing vigorously according to the spokesperson at Eusko Deya, “We take care of it so it can grow up strong and soon we will surround it with other plants,” she concluded.