Jasone Agirre, Basque Parliamentarian from EH Bildu will give a talk tomorrow at Euskaltzaleak in Buenos Aires 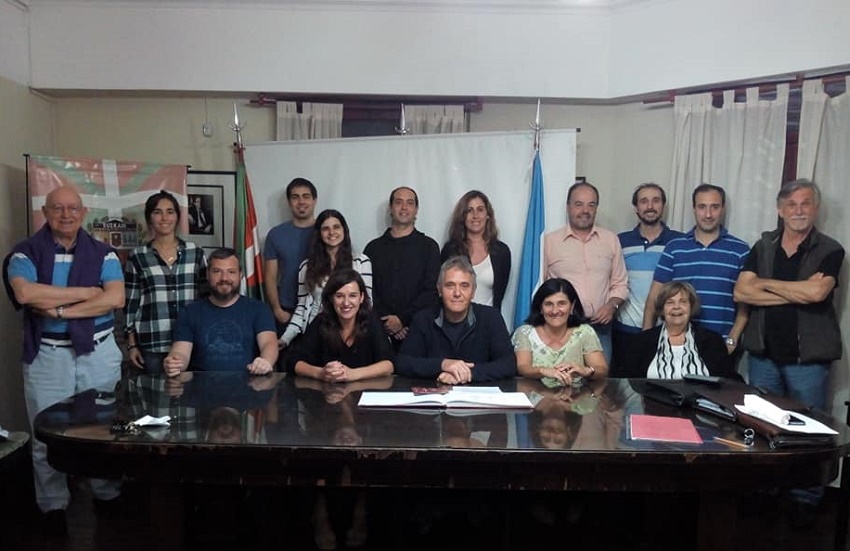 Buenos Aires, Argentina. As part of her agenda over the coming days, Jasone Agirre Garitaonandia will meet tomorrow, November 6h with members and directors of this Basque language academy and association in Buenos Aires, where she will give a talk “The Political Situation in the Spanish Kingdome, and the Basque and Catalan Determination Movements.” The event will take place at 7:30pm at Euskaltzaleak, Bernardo de Irigoyen 826.  Following the talk there will be an informal dinner.

This won’t be Agirre’s only visit to Basque clubs in the region.  The Basque Parliament member also participated yesterday, shortly after arriving to the country, in a meeting and dinner at Euzko Etxea in la Plata.  Agirre is the director of relations with the Diaspora for EH Bildu and she has visited the country on several occasions since her election as parlamentarian and designation as Diaspora affairs coordinator.

Agirre, originally from Abadiño, Bizkaia will be in Argentina for a few days for attending Semana Nacional Vasca, as she has for the last few years, this year taking place in Bahia Blanca as part of the 120th anniversary of that Basque club’s foundation.

Agirre participates in a weekly radio show in Argentina. The program, “Entre Vascos” (Between Basques), is produced by the Euskal Etxea in Comahue in the province of Neuquen.  It can be heard on Wednesdays at 8pm local time here: www.radiomegafon.com.ar.