Joe Goicoechea passes away in Australia, patron of the Basque Club of North Queensland and fits president of the entity 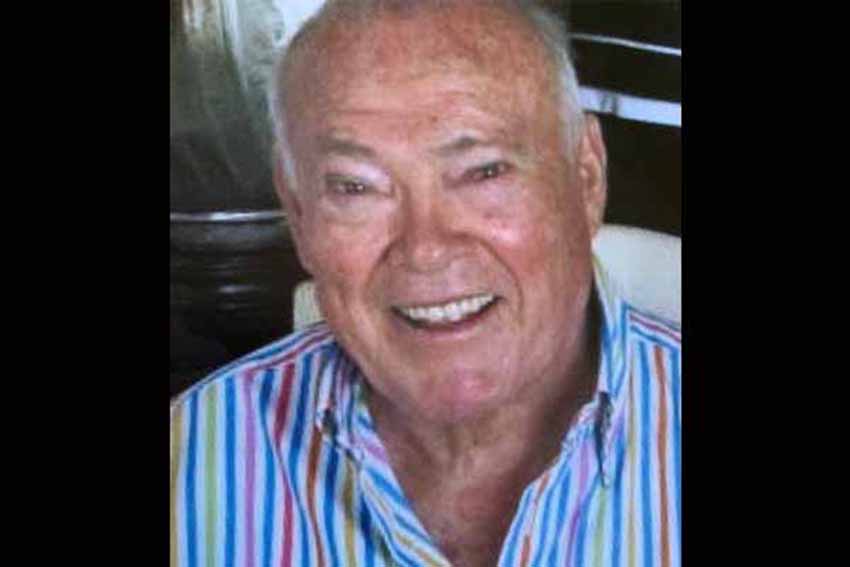 Joseba Etxarri / Donostia-San Sebastián. Joe Goicoechea passed away in Townsville, in the state of North Queensland, Australia.  He was very well-known and respected in Australia and even more so in the heart of the local Basque community.  From the point of view of our Diaspora, he was one of the promoters and substantial supporters of the Basque Club of North Queensland, located in Townsville, as well as its founding president.  Professionally he was a civil engineer and worked in construction, founding Vasco Constructions, later Goicoechea Constructions and Mendi Constructions. He was a true Bascophile and very proud to combine his two souls, Basque and Australian, something which he gave in good faith throughout his life.

I met Joe Goicoechea in the United States in July of 2000 at Jaialdi in Boise.  His speech was attractive, and he was fluent in the beautiful Basque of his native Lekeitio.  He explained that he was born in 1933, and that he was only five when he emigrated with his parents to Australia, in the middle of the Civil War, to grow up in Ayr, a household name for many Basque emigrants in Australia dedicated to cutting sugar cane.  From there he would later go to Townsville, a city considered by many to be the unofficial capital of North Queensland.

We talked in Boise in the middle of Jaialdi, the huge Basque festival that takes place every five years that at that time had not only become the meeting point for Basques in the United States, but also from other Basque Diasporas in the world.  I remember that Xabier Zubillaga was there, for example from Necochea, Argentina, or German Garbizu from Lima Peru, a childhood friend, and more people from the Euskal Erria Basque Club in Montevideo, Uruguay, along with Basques from other places and this group of Basques from Australia that nearly comprised a delegation.

In fact, this group of half a dozen Basques from Australia provided a singular note of color to Jaialdi.  Among them, there were Basque speakers born in Australia who spoke fluent Basque with family origins in the same towns in Bizkaia as the Basques in Boise, so the fit between Australian and local Basques could not have been better.  The “delegation,” was led by Jose Mari, Joe Goicoechea, all of them proudly waving in the parades their Australian flag with an Ikurriña inserted.  For many present, they were a complete wake-up call to the existence of the reality and the phenomenon of the Australian Basque Diaspora, which many of us did not know about then.

Jose Mari, Joe, was in his element in Boise, greeting many people, playing the mandolin, he loved playing Basque songs on it, sharing his business cards with his company’s Basque names proudly, very much enjoying Jaialdi, joining in songs, dances and Basque cultural expressions featured there.  He loved hearing, singing with, and applauding Bertsolari of the same name, Martin Goicoechea from Wyoming, all in an atmosphere that didn’t differ much from festivals in Euskal Herria.

After returning to Australia, after seeing and experiencing America's Basque Country, the idea of creating a Basque Association in Townsville grew, and after meetings, paperwork and documentation, the Basque Club of North Queensland was created and given official status in 2003.  After some more paperwork, the Basque Government recognized the club and added it to its registry of Basque club in April of 2005.

Friend and Basque patron in Townsville

It didn’t take much time for the new Basque club to bring two dance teachers from the Basque Country (Donostia) and from the United States (Boise), respectively, as well as pilota instructors to support some of its activities.  Without direct relation with that, I also had the occasion to witness in situ, the dynamic and desire of the Basque community in North Queensland and to attest to their deep feeling of belonging to that Euskal Herria that goes beyond geographies and borders and nests as a sentiment shared in the
hearts of thousands of members of our Diaspora.  Back in Euskal Herria, I helped a young man from Behe Nafarroa with plans for Australia, with a positive response from Jose Mari.

Here is the farewell from the Basque Club of North Queensland to its supporter and benefactor:

It is with much regret and sadness that we advise of the passing of our inaugural President and dearly loved friend, Mr Jose Maria (Joe) Goicoechea. Joe had a dream of bringing together the Basque community of North Queensland and almost twenty years ago, this dream became a reality. The Basque Club of North Queensland owes its foundation and much of its ongoing success to Joe. Many Basque songs, meals and drinks have been shared between the club and the Goicoechea family. Joe was a committed and loving family man who leaves behind a grand legacy of his wife Jenny; his children (Teresa, Maria, Stephen and Anamari); their partners; grandchildren and great grandchildren. We know you will join us in sending the Goicoechea family our deepest sympathies and prayers during this difficult time. Goian Bego Jose Mari!