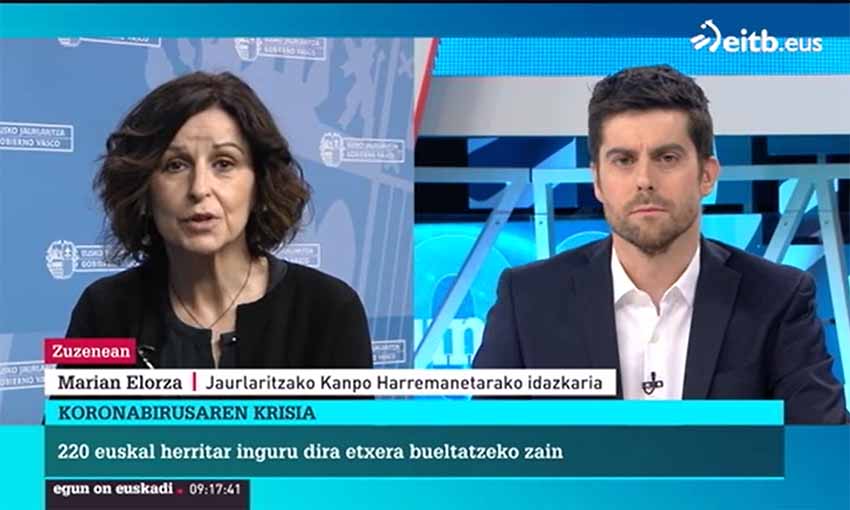 Vitoria-Gasteiz. That was the answer from the Basque Government’s Secretary General of Foreign Action, Marian Elorza, when interviewed by Egun on' de ETB1. These figures, which surely vary as of today, correspond to citizens who were surprised by the Covid-19 crisis abroad and asked for help for their repatriation. Elorza explained that 275 Basque citizens have contacted the Basque Government during this time.

According to Elorza, this responsibility corresponds to the Central State, to the Ministry in Madrid, although the Basque Government has been active in its efforts to help Basques who have requested it. The same can be applied to some Basque clubs, which, like the Basque club in Lima, Peru, has helped trapped people.

The Secretary General of Foreign Action explained that during this time there have been two circumstances that have played against these returns: on the one hand, the drastic reduction in the number of flights, which in many cases have been suppressed or reduced considerably, and that several countries around the world have literally closed their borders to arrivals as well as departures.  That is the case of 28 individuals in Peru who have communicated profusely on social media, all of them except for a 68 year old woman who was diagnosed at the last minute with the Coronavirus who arrived this morning on a “"State Flight"  from Lima.

--Updated figures and data (313), provided by Marian Elorza herself, today in Deia.