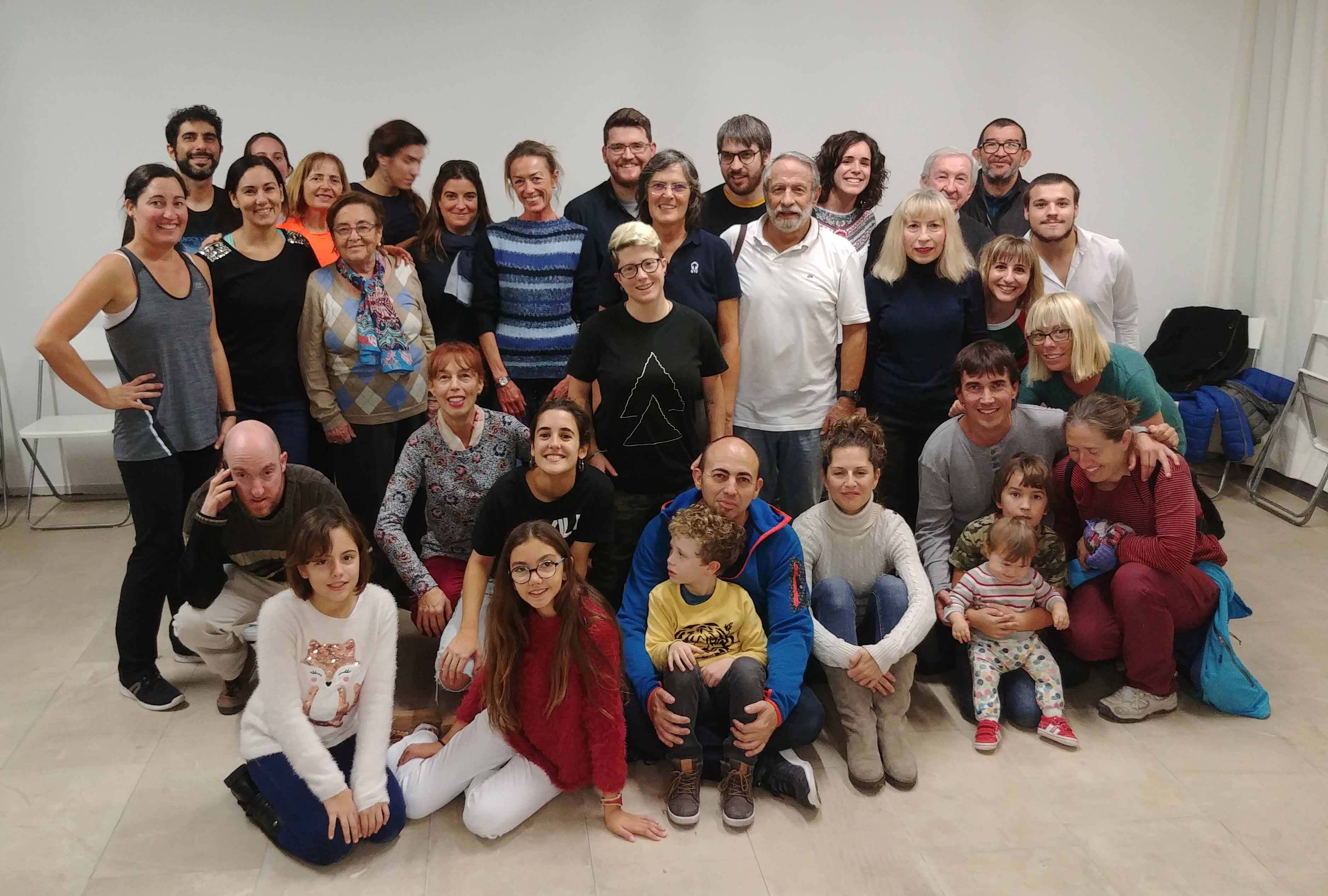 Participants in the Basque dance class in Alicante 10 days ago; this Friday, Basque dinner and atmosphere

Alacant-Alicante, Spain. If you  live in Alicante, you may be interested in knowing that recently there has been an active movement in regards to Euskera and the Basque culture providing the opportunity to learn, practice and use what has been learned in the confines of a Basque atmosphere.  As such, on Friday, November 29th at 8pm, Basque students at the local Official Language School will meet at the El Txoko bar owned by a Donostiarra in the neighborhood of Benalua, for a menu based on pintxos, kroketak and cod tortilla at a dinner where there will also be Basque traditional singing.

Organized by Izaskun Kortazar, Euskera Professor at the Official Language School.  “This time it will be a dinner for 20-25, since there is limited space atht ebar,” the teacher from Bilbao, currently residing in Alicante told EuskalKultura.eus. 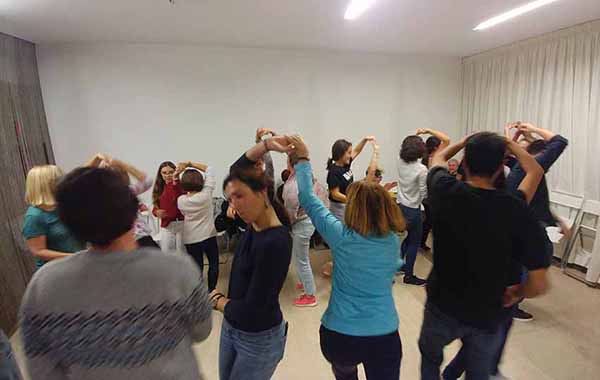 This is not the only proposal that Kortazar has carried out for her students and in general euskaltzales who live in the area of Alacant and Pais Valencia.

On November 15th, Irati Enzunza taught a Basque dance class to the Basque students at the Language School in Alicante. “The event was open and included many more people than we were expecting, students from other languages at the Official Language School, locals and neighbors too.  In all we were some 50 people and we had a great time learning Basque dance,” Kortazar said who also, while residing in the US, energized and coordinated the area of Euskara for N.A.B.O.