“Bakaiku, única casa," by Maru Roson: a documentary that bridges the gap between the Diaspora and Navarre 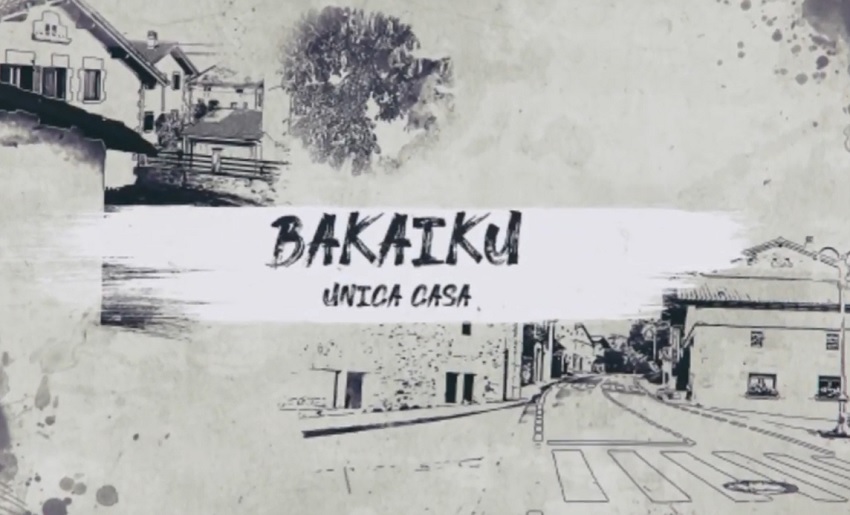 Quilmes, Argentina. Emerging from her academic training, the documentary “Bakaiku, unica casa,” by Argentine Maru Roson, is an intimate story of family history, in which the young director tells about the arrival of her great-grandfather, Luciano Urrestarazu, a native of Bakaiku, in the south American country, and her return to his hometown, to get to know the Basque legacy in person, that came to her from her father.

The documentary is a trip that begins in Buenos Aires and jumps the Atlantic to dive deep into Navarre, where Roson, the director and protagonist of “Bakaiku, unica casa,’ was able to delve not only into the family bond, but also into the traditions and customs of the people and how they have been maintained even from a great distance.

Maru Roson presented the documentary in July as the final project in her Audiovisual Technique degree at the National University of Quilmes.  Shortly after presenting it, and after finishing her degree, it was screened in the Navarrese town, at a function organized by Bakaiku.info in the local Eskolen Parkea.

The young woman from Quilmes confesses that "I have heard about the history of the Basques in Argentina since I was born.  The stories of my father and my grandmother, the trips between Navarre and Buenos Aires have marked where I am.”  That is why this research into the relationship between the Basque Country and the Diaspora through family history surely does not end here.  In fact, as part of the same project, “Bakaiku, unica casa,” will also be a book that the author will start working on shortly.

This is the documentary

Script and direction of “‘Bakaiku, única casa” by María Eugenia Roson. The project also enjoyed the collaboration of Carlos Castro as Director of the TIF, and of Pablo Landaburu, as Co-director of the TIF.