With a work on the Diaspora, Asier Barandiaran will be the 2020 Jon Bilbao Chair at the University Of Nevada, Reno 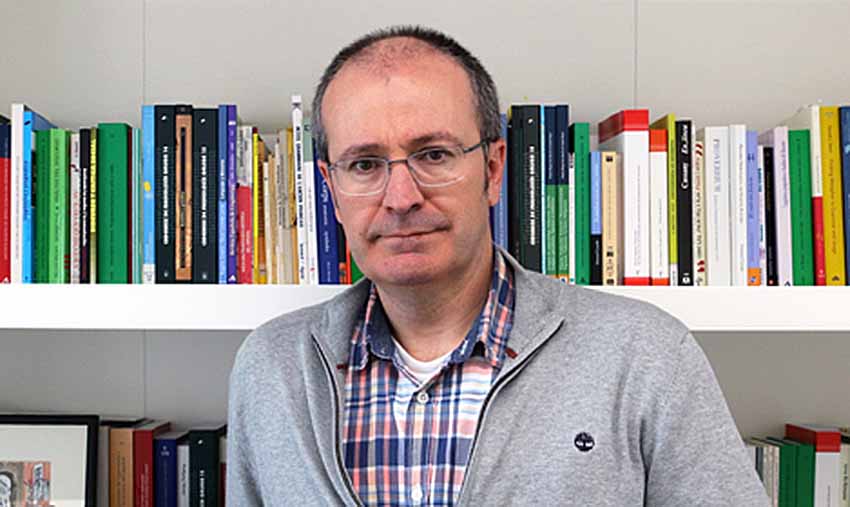 Reno, Nevada, USA. The Jon Bilbao Chair at the University Of Nevada, Reno (UNR), consists annually of a research stay at the Center for Basque Studies (CBS) has already named the 2020 researcher.  The research project presented by Asier Barandiaran was selected allowing Barandiaran to come to the CBS to conduct research in order to carry out the project, according to the Etxepare Basque Institute.

Barandiaran has presented a research project entitled, "The Emigration of the Navarrese to the United States in the 20th Century: Their Footprint in the New World and Their Impact on Navarre.” which has been selected based on several criteria. Among these is that it is a proposal adapted to the theme of the Basque Diaspora, being of quality and interest, incorporating a gender perspective, and having innovative aspects. As for the date of the stay, although it usually takes place beginning in August, due to the health emergency this year, it could delayed. This point to be confirmed shortly.

Created in 2014, the Jon Bilbao Chair at UNR aims to promote research and knowledge about the Diaspora and Basque culture internationally.  It is different from the other eight Chairs, supported by the Etxepare Basque Institute, at universities all over the world due to its difference in stay to conduct research, and not to teach as the others do. The Chair includes an annual or biannual research stipend for the chosen visiting professor called the Jon Bilbao Visiting Research Fellow.  He/She will reside at the CBS at the University of Nevada, Reno, the main teaching and research institution for Basque Diaspora studies in the USA.