Argentine edition of the “Ada Byron Award for Women Technologists” from the University of Deusto; application deadline 9/25 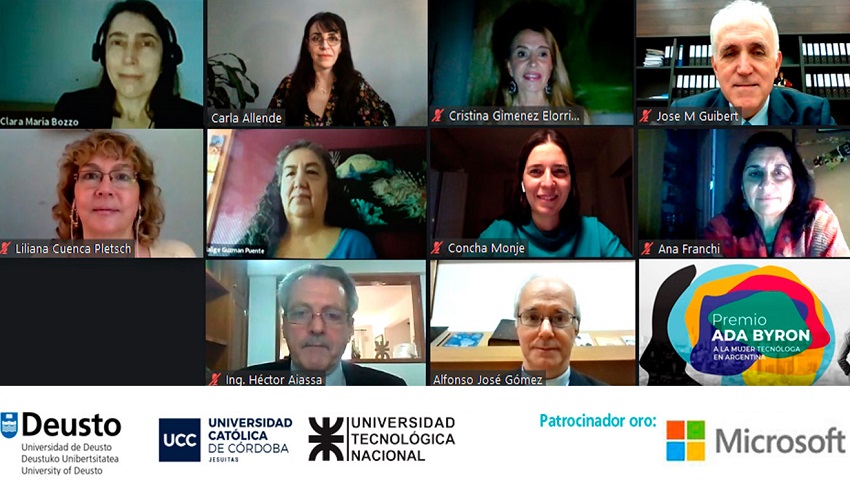 Virtual meeting about the presentation of the “Ada Byron Female Technologist Award,” in Argentina

Córdoba, Argentina. Established at the University of Deusto in 2014, the Ada Byron Award for Women Technologists and Scientists wants to acknowledge and make visible the work of current technologists, "whose careers have been especially relevant for society." The award is aimed at women with degrees or careers in technology, engineering, and other scientific fields closely related to technology, and is sponsored by Microsoft.

This will not be the first time that the “Ada Byron Award for Women Technologists,” will be presented in America.  In fact, in 2019 it went to Mexico to Dr. Maria Alicia de los Guzman (see article here). The goal, they explain from the University, "is to advance in internationalization, in order to reach other countries in Europe and Latin America in the medium term, and in the long term, to present the award at an international level.:

The application period in Argentina opened on Wednesday, June 24th and ends on September 25th.  Applications will be judged by the Technical-Scientific Committee and the award, 3,000 Euros, will be presented on November 12th in Cordoba.  More information here.