Watch the documentary “The Eight Province,” with testimonies gathered about the Basques in Bakersfield, California 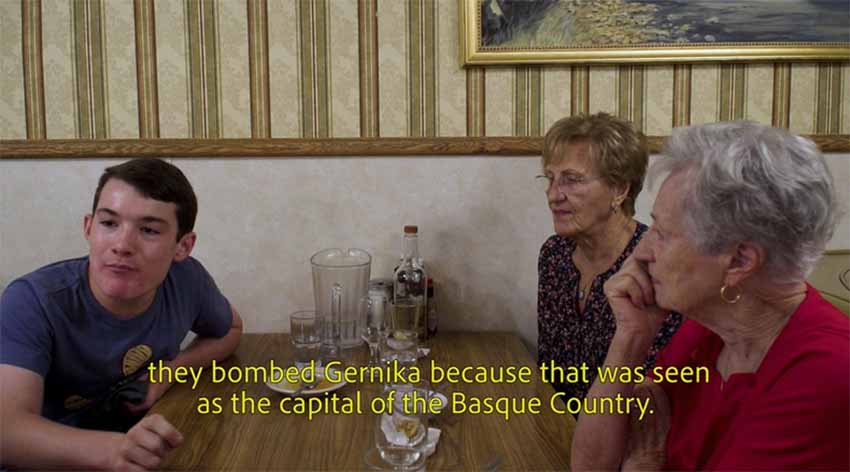 An image of the documentary: talking among Basques at the Wool Growers Basque restaurant in Bakersfield, CA

Bakersfield, CA, USA. "The Eight Province" is a 20-minute documentary filmed in English in Bakersfield and Southern California.  Its director, Californian Kyle Baker, is sharing it during the month of April as part of the online Mother Tongue film festival.  The film reflects Basque immigration to the West linked to sheepherders and sheep, that gave rise to the current Basque communities in places like Bakersfield.  It includes testimonies of Basques who immigrated in their youth to the US and who became Americans, although never forgetting their roots, their language and their native culture.

We aren’t sure how long it can be seen here.  We suppose at least until the end of April but maybe longer

Directed by Kyle Baker (khbaker@ucsc.edu), we find the Etchamendy siblings, originally from Ezterenzubi, Behe Nafarroa, as well as other members of the Bakersfield Basque community.  Among these are Martin Etchamendy, Anne Mari Minaberri and Maite Curutchague. As well as Melchor and Karen Gragirena, Jean-Pierre Etcheverry; as well as, for example the images of pilotaris and bertsolaris visiting from the Basque Country participating in the local Basque festival, such as Oihana Iguaran and Unai Mendizabal.