The Basque Diaspora will also remember the Bombing of Gernika: various in person and virtual events 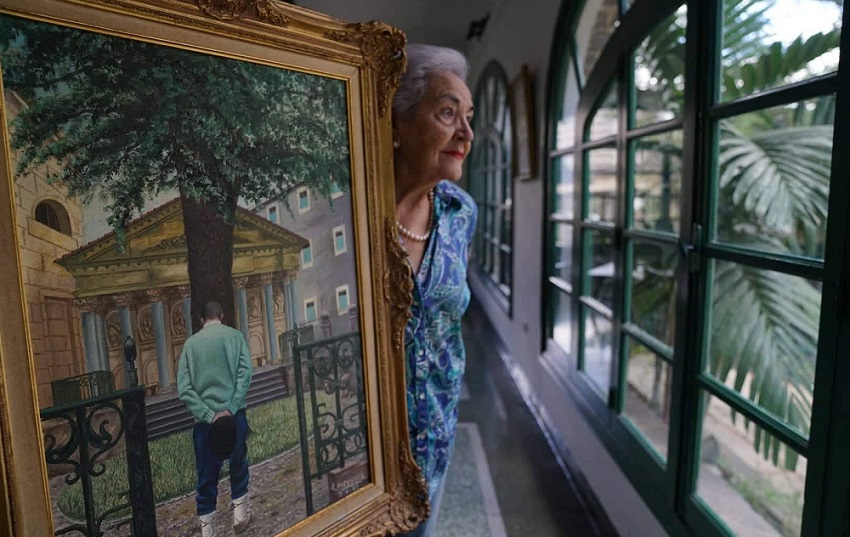 In Caracas, the video by Itziar Rodriguez Seijo (seen here) will be shown on Monday with testimonies from local survivors

Donostia-San Sebastian. Monday is April 26th, and while there will be various events in Gernika all day long to commemorate the 84th anniversary of the Bombing, Euskal Etxeak all over the world will also mark the date with various activities. Modified due to the health situation, the majority of the events will take place virtually.  Never the less, in some places there will be in person events conforming to strict health protocols.

In the context of the pandemic, there will be several Basque clubs that will publish articles and reflections about the date and its significance on their social media, as well as in local and national press.

Following is an example of some of the various commemorative activities.

Organized by the Gernika Euskal Etxea in Berlin there will be the traditional commemorative event at Guernica Platz on Sunday, April 25th at 3pm.  There will be poetry read with live music and a wreath laying. Limited attendance following current regulations, masks obligatory and social distancing.

-Eusko Kultur Etxea in Buenos Aires the song “El Roble de Guernica,” with lyrics by Jorge Padula will be broadcast.  Also, Ekin Publishers will publish the book, The Bombing of Gernika by Xabier Irujo, as part of the “Aberri eta Askatasuna” collection. The club will provide information in regards to that on its blog.

-Gerora in Córdoba will participate in a joint ceremony with the Armenian community and the Afro-Cordobes Collective. The event in favor of human rights will be organized by the city and will be attended by local authorities. Elba Mocoroa, club president, will speak, and dantzari Arantza de Vadillo Urbieta will perform an Aurresku with the Elurra eta Haizea group will also sing and play “Gernikako Arbola.”  The event will take place virtually on April 27th.

-Denak Bat in Mendoza will hold its event on April 30th. There will be film, and pintxos for take out.

-Zazpirak Bat in Rosario, and their txiki's group will commemorate the anniversary of the Bombing with a wreath laying at the Gernika Plaza.  The event will be on the 26th.

-Aberri Etxea in Viedma y Patagones invites everyone to an in person event at the Viedma Cultural Center.  The event will be on Monday at 6:30pm.  More information, here.

-Gure Etxea in Tandil will host an event at the foot of its oak in the plaza in front of the clubhouse.  Beginning at 4:30pm, with Greetings, an Aurresku, and a wreath laying.

-Hiru Erreka in Tres Arroyos will inaugurate a new Picasso's “Guernica,” mural in the Plaza de los Vascos.  The inauguration of the new mural done in iron will be through a video created and broadcast on its social media  on Monday, April 26th.

-The Delegation of Euskadi in Chile organized an event that includes the creation of a micro-story, poetry, story or experience. Submitted texts will be Shared during a virtual commemoration on Wednesday, April 28th, at 2pm local time.

-The Federation of Basque Institutions in Uruguay FIVU will host a virtual tribute.  This event will be on April 26th at 7pm on Zoom.  Meeting information should be requested by emailing fivu@netgate.com.uy or by visiting them on Facebook: FIVU.

-The Eusko Etxea in Caracas is preparing a big tribute to Gernika and its victims. This Monday, they will share a video on its social media with local Basque Club members survivors of the bombing like Itziar Rodriguez Seijo.  In October, the Basque club is getting ready to participate in the European Film Festival with more material, and testimonies about the Bombing of Durango and Gernika.

We have previously published information on many other initiatives and commemorations of the anniversary in Colombia, the United States and other cities and countries.

If you would like to let us know about what your club is doing, write to this email.