This weekend’s US Basque Program: Pintxo-pote in Winnemucca and picnics in Marin-Sonoma, Colorado and Paradise Valley 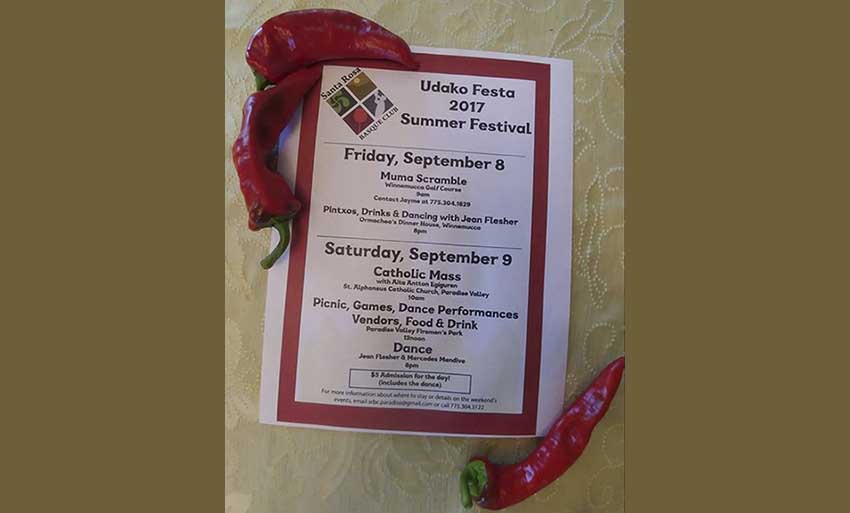 In the last days of summer, “Udako Festa 2017 Summer Festival” is the name of the Basque program this weekend in Winnemucca and Paradise Valley, NV.  Along with this, Basque clubs in Colorado and Marin Sonoma, in northern California, are also hosting their annual picnics on Saturday and Sunday respectively.

Winnemucca, NV, USA.   There is not much summer left in the Northern hemisphere, and so the Basque festival season in the US is also coming to a close.  Last weekend Basque festivals were held in Chino, CA and this week it is Marin-Sonoma's turn, north of San Francisco along with the Colorado Basque Club, after which very few picnics remain with Iparreko Ibarra Basque Club and Las Vegas Basque Clubs hosting their events in October.  Along with these, Nevada still has an event this weekend with its “Udako Festival 2017 Summer Festival” in Winnemucca and Paradise Valley.

So this Friday, in Winnemucca there will be a chance to enjoy good humor, and golf with the celebration of the Muma Scramble Charity Golf event. This event includes traditions that have recently been imported from the Basque Country like a pintxo-pote at Ormachea’s Restaurant along with Basque-American dancing to the music of Jean Flesher and his band.

On Saturday, the festivities move 40 miles north of Winnemucca to Paradise Valley where the Santa Rosa Basque Club will host its picnic.  The day will begin with mass celebrated by Aita Antton Egiguren from Boise at 10am, followed by a picnic at Fireman’s Park.  The day will include good food, beverages, music, dance performances by dance groups from Elko, Lamoille, herri kirolak and a great atmosphere that will contribute to the ambience of the evening’s dance with music provided by Mercedes Mendive from Elko and Jean Flesher again from Salt Lake City.