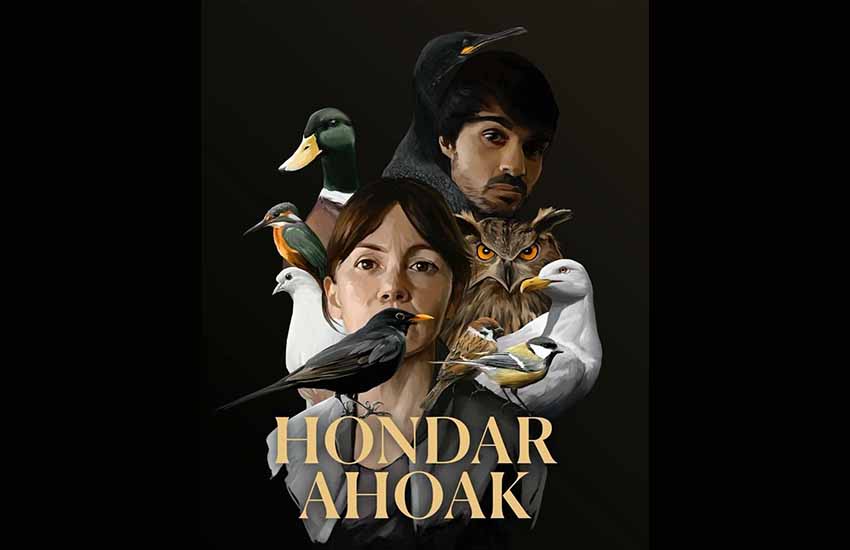 A must-see Basque thriller in four chapters of growing intrigue

Donostia-San Sebastian. Hondar ahoak (mouths full of sand) is a Basque police series that has triumphed since its debut on April 6th on the Filmin platform. It is a mini-series with four chapters written and directed by Koldo Almandoz from Donostia, and produced by EITB, filmed in Basque in the coastal town of Ondarroa (Bizkaia) during July and August of last year. The series debuted in its original version in the fall and was very well received among the audience that loves this dark genre.

The story begins with the disappearance of ship-owner, Josu, and the arrival of inspector Nerea Garcia (Nagore Aranburu) to town who is in charge of the investigation, with the help of Alex (Eneko Sagardoy), a local agent.  A local legend says that whoever tells the secrets of the sea on land will fill their mouths with sand, because words brought to land always leave a mark.  With this premise, the thriller grows in intrigue as the network of hatred, interest, and secrets in this small fishing village are revealed.

Hondar ahoak is available on eitb.eus in the on-demand section “A la carta”/ “Nahieran,” along with other miniseries like “Altsasu” and “Alardea,” also filmed in Euskera that tell local stories.  Thanks to these productions we can enjoy Basque actors and actresses starring in their stories in Basque, with great aesthetic quality with which the series are produced today, and wit the local flavor that gives them strength and appeal.  As the proverb says: “Paint your village and you will paint the world.”