The Oberenak Basque Club in Battle Mountain, Nevada has decided to hold its 2021 festival in Basque August 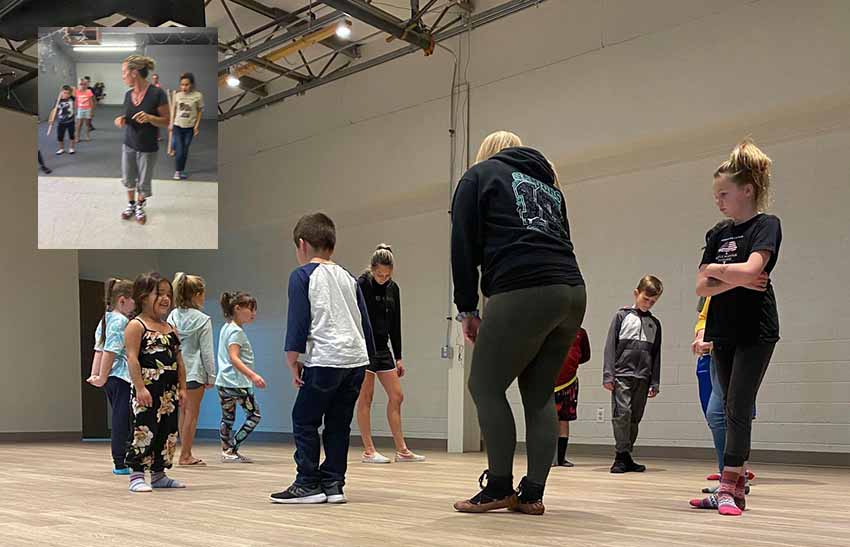 Dantzaris at the Oberenak Basque Club in Battle Mountain, NV practicing for its annual Basque festival

Battle Mountain, Nevada, USA. At a meeting on March 18th club members made the decision to go ahead with their annual festival unless the health situation changes significantly.  The Annual Basque Festival has been announced be held on August 7th beginning at 2pm at Lion’s Park in Battle Mountain. They will serve chorizo sandwiches and other dishes to be determined, along with a bar.  They will hire local DJ Jessie Diaz who will collaborate on the musical side.

As every year, the club dancers will be an important part of the festivities. For the festival they have agreed for the dancers to make it simple and wear a t-shirt, shorts, espadrilles and a scar around their neck.  The t-shirt may be black with an eguzkilore on it for which Shirley Shepherd has commissioned a new t-shirt design from Samme.

Games are also a big part of the program for which Kalee, Kalee, Jenny, Maite, Britney and Megan who make up the games committee, will put together that part of the day that already includes txingas soka-tira, and a relay race.  Megan is also in charge of creating the poster for the event.

The rest of the decisions and the final program will be announced as details are firmed up.

Prior to the picnic they will also hold a July 4th party.  The county has acquired a “Ring the Bell” game and has offered it to the Euskal Etxea to use on that occasion having it installed at the Elquist Park so that it can be used as entertainment and the entity can benefit from it as a fundraiser.  Oberenak is requesting that its members and friends volunteer to organize shifts and to help carry out the event.