The Lehendakari’s message, stressing the importance of “reaching out” and claiming the attitude of “saregintza” 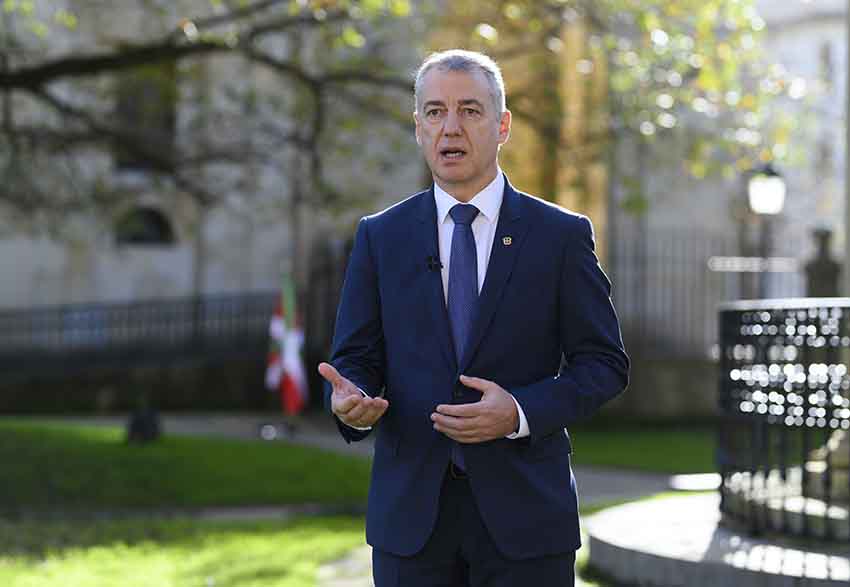 Vitoria-Gasteiz. As every year at this time, the Lehendakari wrote a letter to Basque citizens, those in Euskadi as well as those living in the Diaspora.  In the message sent today from Gernika, he stressed the concept of “reaching out,” similarly to Lehendakaris Agirre and Leizaola, and their “ability to converge over differences,” and their search form the meeting point to bring the Basque society together,” he said.

In the middle of the Parliamentary debate in Vitoria-Gasteiz on the future of Basque self-government, he added “it is easy to agree on that future only among those who think alike.  The difficult thing is to expand and widen the agreement among different points of view, representing a change of attitude, a more open and inclusive way to understand the Basque People.” The key is to make an effort to unite, expand the meeting points out of respect” he said.

This Christmas 2019, Urkullu has addressed the Basques in the Diaspora, claiming the spirit of saregintza (networking) that presided at the 7th World Congress of Basque Collectivities celebrated last October in Vitoria-Gasteiz and advocating a supportive and positive attitude in Europe regarding emigration with “the commitment to ‘Offer what we would like to receive.”

-Complete text of the Lehendakari's Message to the Diaspora