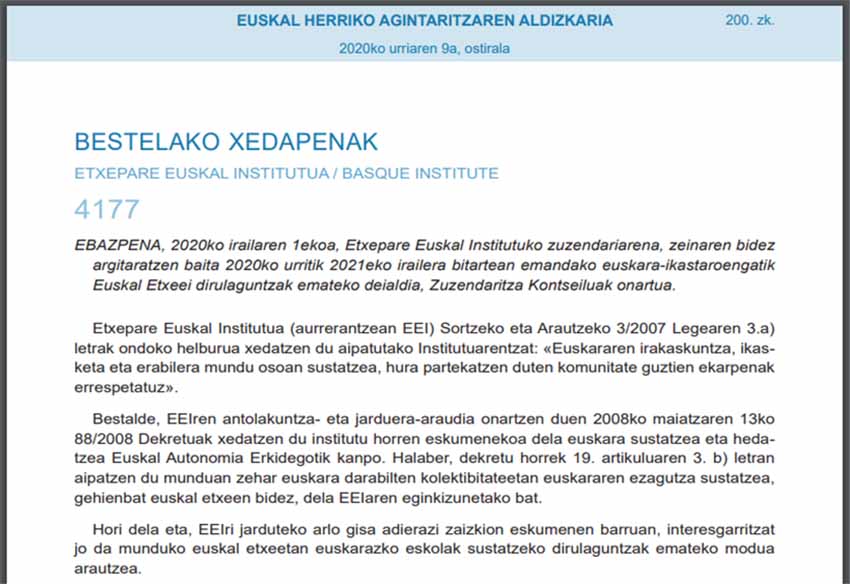 Donostia-San Sebastián. The Resolution of September 1st by the Director of the Etxepare Basque Institute  was published last Friday in the Official Bulletin of the Basque Country (EHAA-BOPV) that opens the call to Basque clubs and federations for Basque courses taught between October 2020 and September 2021. The total budget to be awarded is 242,000 Euros of which 62,000 Euros will cover the October-December period with the remaining 180,000 going towards the January-September period.  Basque clubs who are officially registered with the Basque Government and whose information is up to date are eligible to apply.

The Resolution published in the BOPV on October 9th, and as usual, the deadline for applications is a month after the day after this date