Donostia will be the site of the 30th Annual Conference of the AEMI; the Association of European Migration Institutions in 2021 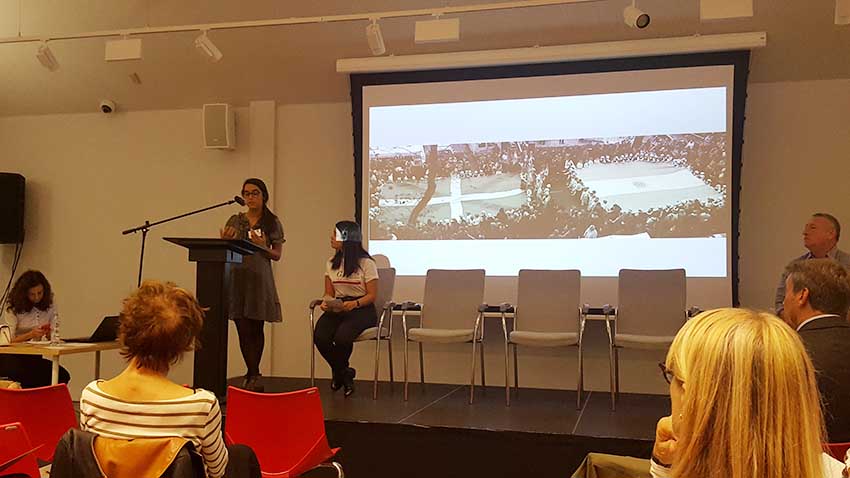 Itziar Arrazola and Izaskun Querejeta presented for the Basque Government at the AEMI Conference in 2018 in Gdynia, Poland (photoBO)

Donostia-San Sebastián. AEMI (Association of European Migration Institutions) is the association that brings together European Organizations (and world, as it also has non-European members) whose scope of analysis and work is migration, a relevant phenomenon in world History.  The Basque Government has belonged to this association since 2007, through the Directorate for the Basque Community Abroad, currently led by Gorka Alvarez Aranburu from Irun.

The Basque Government and the AEMI have just announced that the Basque Country, and more specifically, the city of Donostia-San Sebastian will be the site of the 30th annual AEMI Conference, September 29-October 3, 2021, with dates being confirmed in due course.

This is the second time that the AEMI has chosen the Basque Country to celebrate its annual conference, since Bilbao was the site of the 2010 one.  The association is comprised of organisms in countries that have historically had large migration, and have a Diaspora scattered throughout the world. Elections for the AEMI Board of Directors will take place at the conference celebrated in Donostia.