The desire for normalcy, and to reunite reigned last weekend at the Elko and SCBC Chino Basque festivals 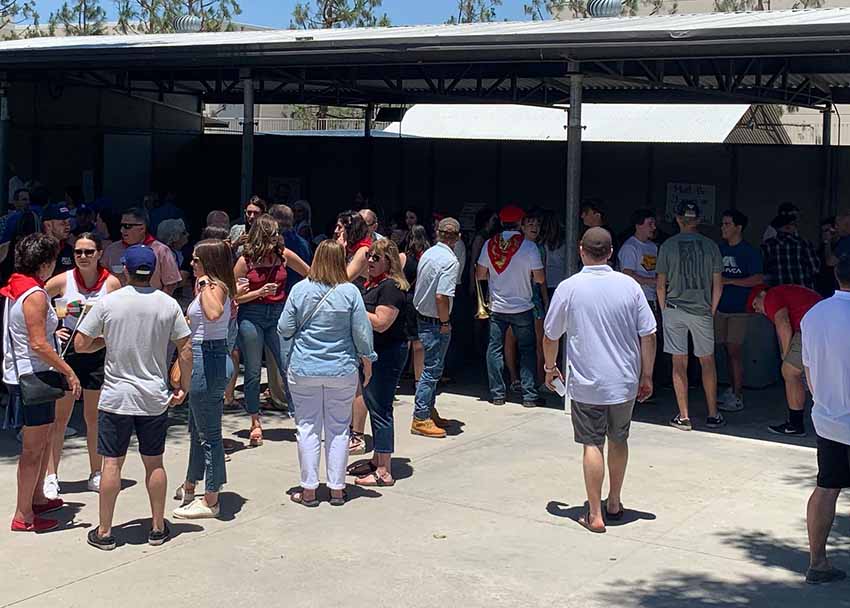 Elko, Nevada / Chino, California, USA. They weren’t as crowded as usual, but last weekend they celebrated their respective Basque festivals in Elko, NV hosted by the Elko Basque Club as well as in Chino, California hosted by the Southern California Basque Club (SCBS), held annually on the fourth of July weekend.  Last year’s edition cancelled by COVID-19, Elko had announced some time ago that it would organize the event this year.  In the case of the SCBC, they initially cancelled the event due to the pandemic, although they later decided to go ahead and hold the picnic.

Elko’s festivities took place at the Basque clubhouse taking advantage of its patio and outdoor enclosure.  There was also much activity in downtown with its famous bars and Basque restaurants and in particular the centenary Star Hotel and the pintxo bar the Ogi Deli.  Normally the festivities run for three days, but this year only for two, although nobody noticed much, since the exterior of the Ogi Deli became a celebration on Friday night complete with live music provided by Amerikanuak, and the bar’s owners, Nevada natives, Mikel and Anamarie (Sarratea) Lopategui, on the pandero and accordion respectively.

Amerikanuak outside the Ogi, along with Mikel and Anamarie in their roles as musicians (video Mercedes Mendive)

The majority of attendees were locals, although there were also people from Idaho, California, Utah, and Colorado attending including musicians and pilotaris, the latter for games played in the Elko municipal fronton.  Mic in hand, John Ysursa served as the master of ceremonies with continuous narration in Basque and English. The traditional sheepherder bread auction also took place, along with herri kirolak, the Elko Ariñak dancers performing and the jota/fandango and Irrintzi championships.  In this way, it resembled previous festivals thanks to the organization that included the participation of many individuals and families from the local Basque community volunteering their efforts.

75 years of the SCBC picnic

For its part, the Southern California Basque Club picnic takes place on the Sunday closest to the 4th of July, this year, it landed on July 4th.  There were fewer people this year, but enough to create ambience and make the picnic a success.  It was celebrated as always at the Chino Fairgrounds.  The Jean Flesher band is usually in charge of providing music for the dance but since they were in Elko, Denise Duhart and Charlo Aguerre provided music this year (lan ederra!).  The festivities began with mass with dantzaris, banderariak and the klika.  Throughout the day there were Basque dance performances by Gauden Bat and the dantzari tipiak, lunch and tradiitional songs at the bar in a wonderful atmosphere. Team effort.