Sports, music, food and dance are the ingredients of the Basque Festival that will end on Sunday in St. Pierre and Miquelon 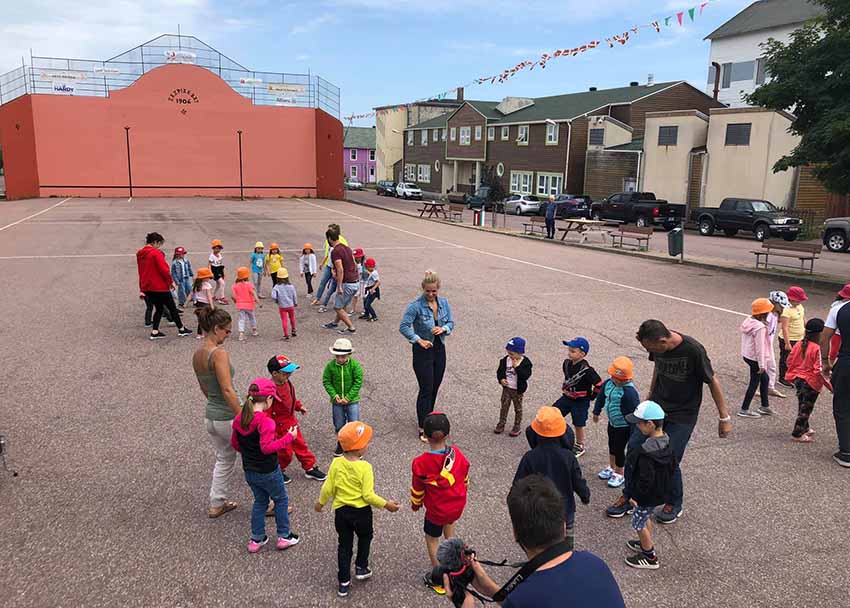 Saint Pierre, St Pierre and Miquelon. There are many Basque clubs around the world that organize their celebrations around August 15th, the Assumption of the Blessed Virgin, like many locations in Euskal Herria.  That is what Saint Pierre and Miquelon does. The festival began last Monday with musicians and athletes from the Basque Country to carry out a program that includes children’s cooking workshops, and music.  Throughout the week, various performances, workshops, demonstrations and festive activities took place at the Fronton in St. Pierre, next to the headquarters of the Pilota Association and Basque club to conclude this Sunday with dancing weather permitting.

Pilota and Herri Kirolak (rural sports, force basque) are always a large part of the program, and this year’s also included children’s cooking and pintxo workshops, as well as the usual festivities and entertainment.  Along with pilotaris there were also the musicians from the Xutik Group from Ezpeleta, members of the Bankuen Korua Choir and dantzaris from the local Orok Bat dancers at this the Basque Festival’s 38th edition.