Baskos 33, the soccer team at the Basque Club in Salto, Uruguay takes first in the Super Senior League 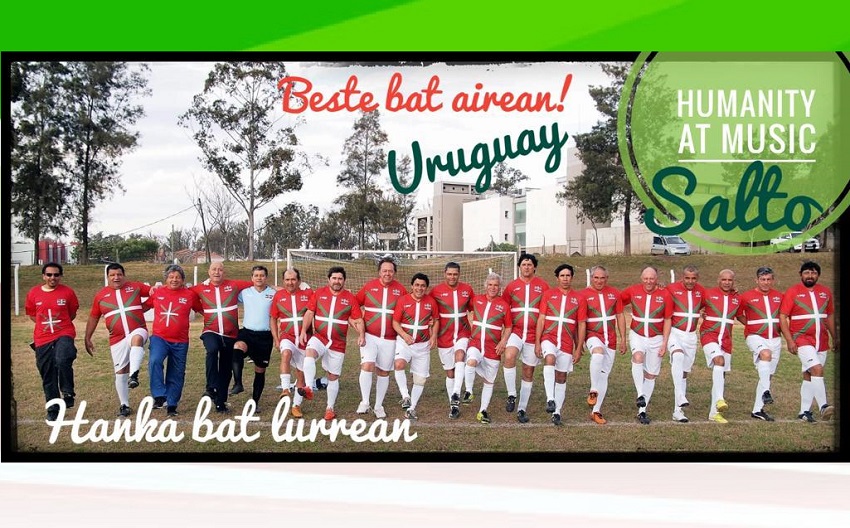 Salto, Uruguay. Comprised of amateur players from the Saltoko Euskaldunen Taldea at the club in the local neighborhood “33” the Baskos 33 began its career at the beginning of 2019 and has done so victoriously.  During the past months, it remained undefeated and took first place in the First Round B in the Super Senior League (players over 45).  They also enjoyed similar results in the second round in the league.  As Basque club president Luis Zaldua explained, “in recognition of our entry to the League, the first League Round was called the Saltoko Euskaldunen Taldea 27th Anniversary Cup.  We are very happy with our experience in Super Senior Soccer,” he said.

The idea of putting together a soccer team, Zaldua explained to EuskalKultura.eus, has two objectives.  On the one hand, to bring more people to the Basque club, and on the other, to support the club’s sporting events.  In fact, the construction of a soccer field, a fronton and a bocce court, as well as a SUM is already decided. “We would also like other clubs in Uruguay and other countries to have teams so that we could hold tournaments among us,” he added.

‘Hanka bat lurrean, beste bat airean’ (One foot on the ground, the other in the air)

As any activity that takes place at a Basque club, Basko 33 has two objectives that exceed the soccer field.  This is why in July, players joined the ‘Hanka bat lurrean, beste bat airean’ (One foot on the ground, the other in the air) campaign with the Mondragon Group that celebrates its 75th anniversary in 2019.