Singer from Lower Navarre, Michel Etcheverry, will travel to Argentina in November and will perform at Semana Vasca 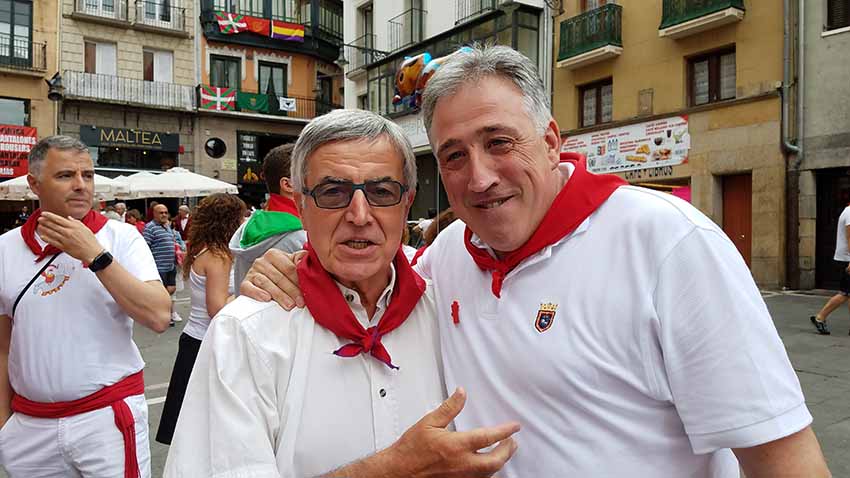 The singer will tour Argentina for just over two weeks, and will include two performances in Buenos Aires and General Las Heras before going to San Nicolas.  Etcheverry will then travel to San Nicolas where he will sing on several occasions in during Semana Nacioanl Vasca 2017.  If there are any clubs interested in hosting a performance, some other dates may be available. Etcheverry will be accompanied by Jean-Louis Bergara, on the accordion and Beñat Chaubadindeguy on the drums.

Baiona, Lapurdi. The singer from Helette will travel from October 31-November 15.  He will be accompanied by two musicians who also have enjoyed long careers as on accordionist, Jean-Louis Bergara, and on percussion, Beñat Chaubadindeguy, both with ample experience in performing at Basque clubs in Europe and North America.

Performances that have been booked to date include two during the first week in Buenos Aires (Laurak Bat) and General las Heras (Zazpirak Bat); as well as several planned during Semana Vasca in San Nicolas, thanks to the local Euzkal Etxea.

According to Etcheverry, the trip is the result of an invitation from Julian Cebey, president of the club organizing Semana Vasca 2017.  “In San Nicolas, I will sing on several occasions, including at mass on Sunday and at the official meal, as well as at the celebrations at the societies."

Michel Etcheverry is a very well-known singer with a long career especially in Iparralde, as well as in the US Diaspora, where he has traveled more than 15 times over the last decades, either to sing, or to compete in pilota matches.  “However, this will be my first trip to Argentina and I am really excited,” he told us.  “Also, my great-grandmother Juana Bidart, that I never knew, is buried in San Vicente.  I’m sure I will enjoy my time with Basques in Argentina, in a great atmosphere.  I hope to meet you soon!” is the message he is sending to Basque Argentines through EuskalKultura.com.

Michel Etcheverry at your euskal etxea

If your club is interested in having him perform, you can also contact him directly by emailing: helette@micheletcheverry.com.