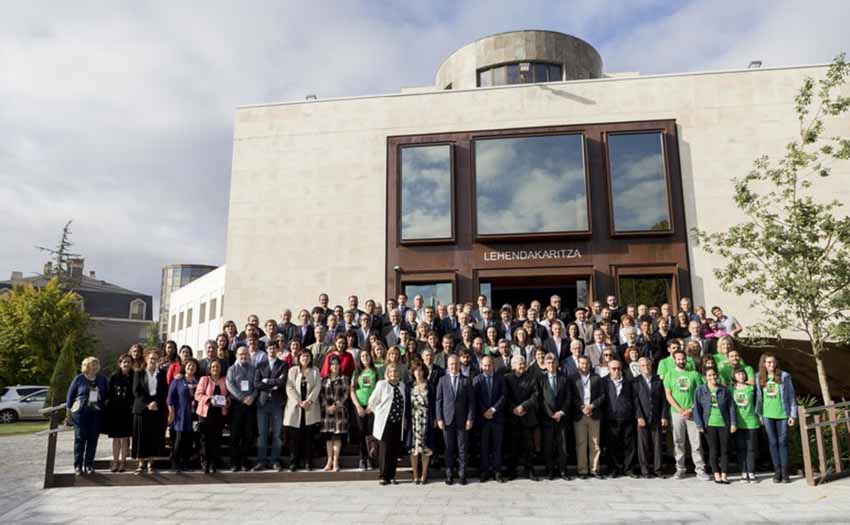 (In another group of videos we provide presentations made at the Basque Parliament by its president, Bakartxo Tejeria, and Marian Elorza, as well as the three delegates from the Diaspora who were recently elected at the Congress: Arantxa Anitua, Unai Erkoreka and Jean Flesher)

See the video (27”) with an allegorical artistic representation of the Diaspora fact and institutional speeches: