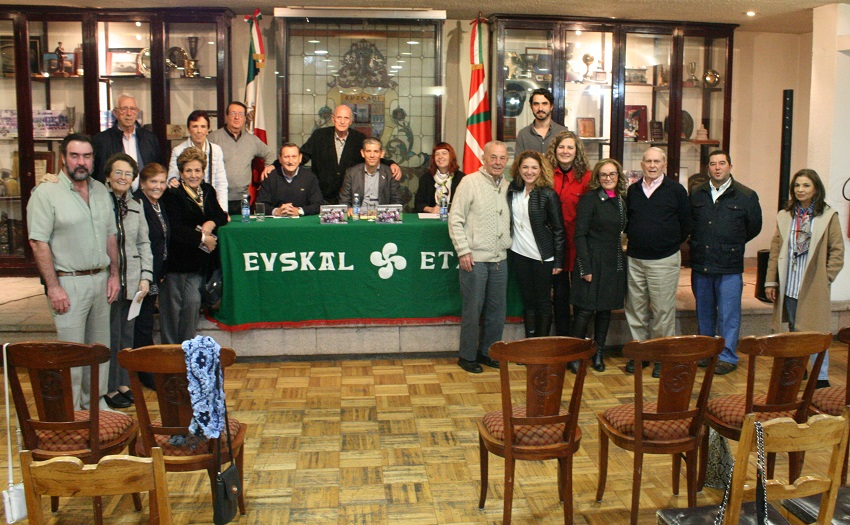 Mexico City, Mexico. The Euskal Etxea in Mexico City held its annual General Assembly last week where elections were held.  Club members re-elected Julen Ruiz de Asua and his team.  Ruis de Azua and his treasurer, Josu Garritz, provided a summary of the activities and accounts of 2019 and were thanked warmly by the members and especially by the “Emakumea” group.  Ruiz de Azua was successful during his lst terma dn stressed that his new priority is to increase the club’s membership.

Among the club’s proposals that have already begun are Basque classes, mintzagunes (conversation practice), and beginning in March cooking classes taught by Josu Garritz (to participate in these activities enroll via email: centrovasco@prodigy.net.mx).

In regards to the cooking workshops, they will take place on Tuesdays in the month of March beginning on the 10th from 10am-1pm.  Each class will include the preparation of a different menu 10/3, menestra de verduras; 17/3, marmitako; 24/3, pisto a la bilbaína; 31/3, vrious pintxos.