Jesica Ateca (Gerora, Córdoba): “To see Juani (Saez) of Arrecifes playing the txistu at Semana Vasca made me become a txistulari” 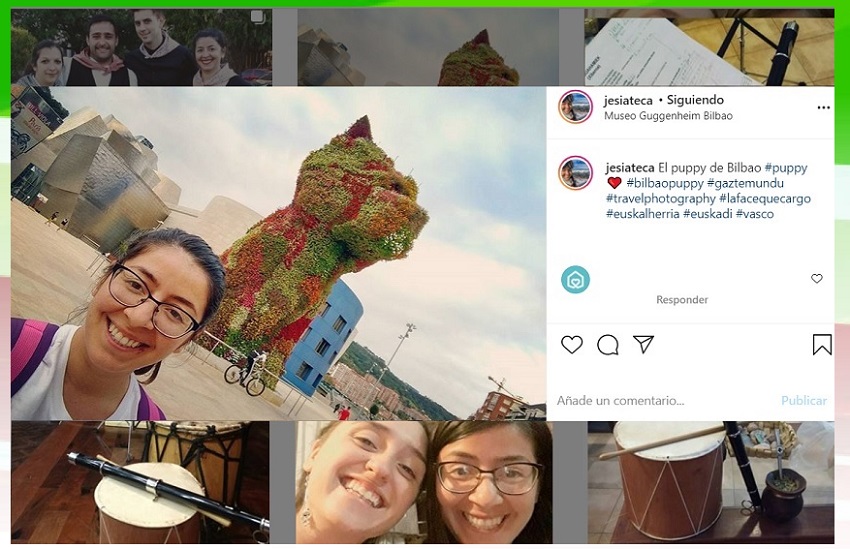 Jesica Ateca, Txistulari from the Gerora Basque Association in Cordoba who is currently in Europe

Sabrina Otegui Buenos Aires, Argentina / Ajaccio, Corsica. The network between Youth at Basque clubs in Argentina is much more than virtual.  Jessica Ateca is from Salta but her first contact to a Basque club was in Villa Maria where she danced with the Euzko Etxea dantzaris and studied Basque with Pablo Cufré, from the Gure Ametza Basque Club in Rio Cuarto.

Later she came to the Gerora Basque Association, at the capital city of Cordoba where she continued with Euskera and embraced Basque music.  How did she become a txistulari?  She was inspired by Juan Ignacio Sáez Abarrategui from Euskaldunak Denak Bat in Arrecifes, who often provided txistu music at Semana Vasca, even while dancing.

Jesica has not done too much investigation into her family’s origins, they may be from Arrieta in Bizkaia, but she is deeply rooted in the local Basque community.  So much so that from a distance, she is currently in France, she is still part of the Gerora Association to whom she dedicates this interview on the 10th anniversary of its founding.  Mila esker, Jesica, zure ibilbidea gurekin partekatzeagatik! (thanks Jesica for sharing with us you story) Eta zorionak, Gerora! (and congrats, Gerora)

[Jesica Ateca playing a piece along with her professor Fer Zabaltza]