For the first time, Mus will be an exhibition sport at the 2028 Olympic Games in Los Angeles 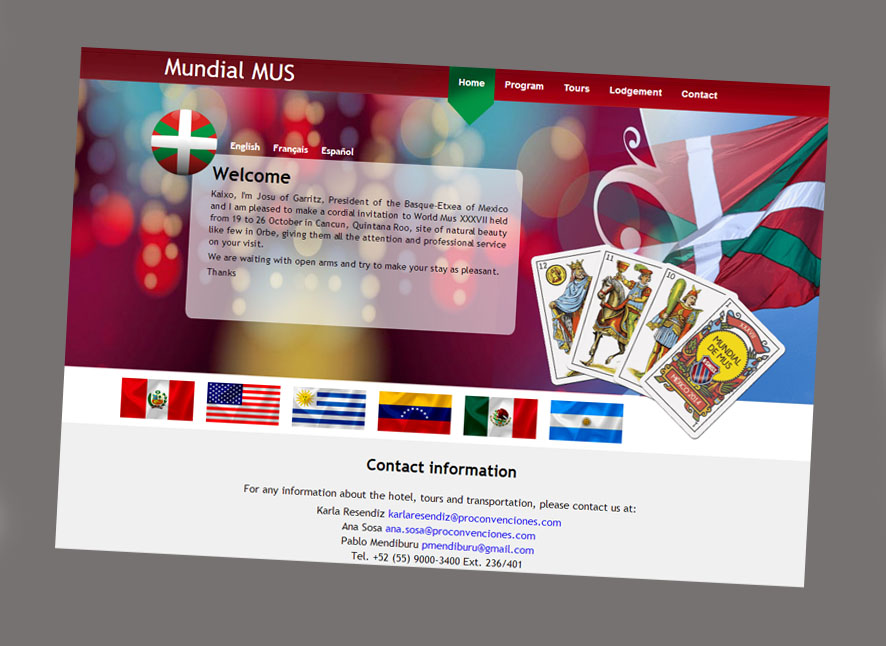 Los Angeles, CA. Organizers of the 2028 Summer Olympic Games to be held in Los Angeles have decided to include Mus as an exhibition sport.  According to the spokesperson for the Olympic Committee, Mr. Hord Ago in a conversation with EuskalKultura.eus, this will be the first time that a card game of this type will be featured as an exhibitions port, although there have been examples of “mental sports,” like chess that will again be present in Sydney in 2020.

In this way, Mus joins Pilota, that was included at the 1924 Olympics in Paris, 1968 Games in Mexico and, in 1992 in Barcelona, and the worldwide projection, international recognition and media coverage that assumes its presence in a call for these dimensions.

In the case of Mus, it seems that even President Trump was interested in this game “that he had never heard of before,” especially in the signs as he thought he had the possibility of dominating them.  According to his spokesman, Mr. Treint Ayuno, the mere fact that the President of the USA is interested in Mus benefits greatly the introduction and diffusion of the Basque card game.  His office has already reached out to NABO president, Philippe Acheritogaray, and Pierro Etcharren, Mus Chair of the US Federation of Basque Clubs.

The rules used at this historic event will be those used by the International Mus Federation of Basque Communities, more specifically, four kings and only 6 signs allowed.  This decision is generating much friction in different areas related to Mus, especially in the Bizkaian federation, great defenders of the eight-king model.

(We would like to clarify, in response to the comments and questions that we have received by several, that this article published on December 28th was an “inuxentekeria/inocentada,” or joke.  The article was prepared by and sent to us by a reader and we decided to publish it.  These kinds of jokes are a traditional custom in Spain on December 28th, Day of Innocent Saints, much like April Fool’s Day in the States prompting the publication by dailies and other media of made up news, that may exaggerate or shock. We try to include some clues so that it wouldn’t be taken seriously, but we are sorry if it bothered anyone.  Thank you for your understanding).