Covid-19: The Basque Government has oficially decided to cancel the 2020 edition of the Gaztemundu program 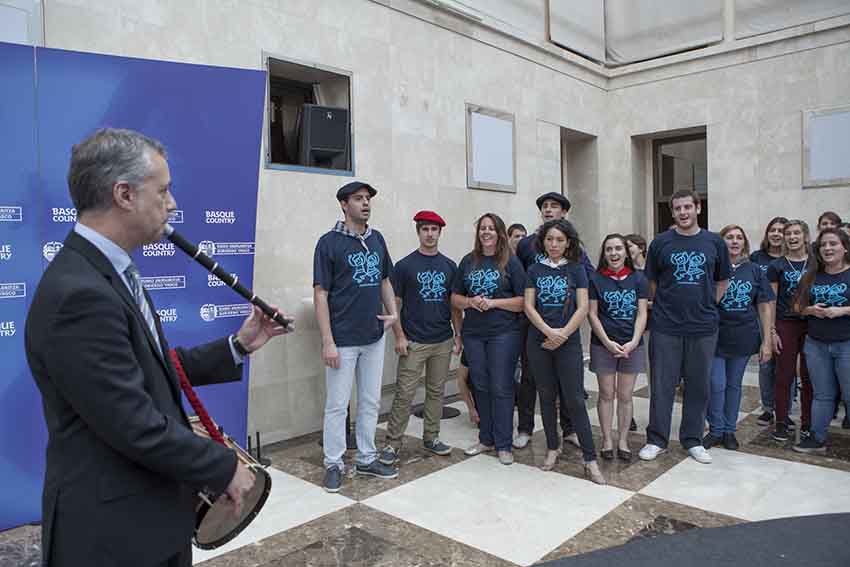 In a previous edition of Gaztemundu, Lehendakari Urkullu playing the txistu for Basque club musicians from all over the world

Vitoria-Gasteiz. It has been clear for a long time that the presence of COVID-19 was not going to make holding Gaztemundu easy this year, but there was always some possibility of improvement with time.  However, finally, the current reality and perspectives require nothing less against the Basque Government’s wishes but they have been forced to cancel Gaztemundu 2020, the annual program that gathers youth from Basque clubs all over the world.

Here is the letter (in Basque, Spanish, English and French) dated September 15 sent to Basque clubs by Gorka Alvarez Aranburu, Director of the Basque Government’s Directorate of the Basque Community Abroad, announcing and explaining the decision.

This year’s Gaztemundu was to focus on Basque cooking and was completely organized.  The call had been approved by the Government’s Governing Council although fully caught by the outbreak of the health crisis and confinement, the call was never published in the official BOPV gazette, waiting for better news. This wait has now ended.