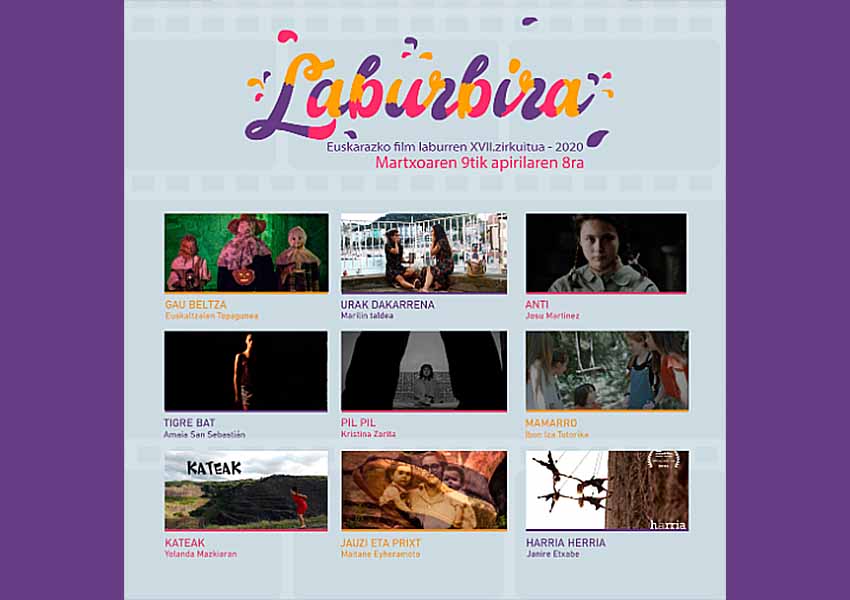 The XVII edition of Laburbira was to visit 33 towns throughout the Basque Country and 4 Basque clubs: Valladolid, London, Valencia and Paris

Donostia-San Sebastian. Laburbira, the traveling program of short films in Euskera that includes 33 towns in the Basque Country and four Euskal Etxeas in its 2020 edition, has decided to postpone its sessions – originally announced to take place the last two weeks of March and the first part of April – with dates still to be determined, in the case of the Basque clubs, by each institution.

Euskaltzaleen Topagunea the entity that annually organizes the circuit initially included screenings in Basque clubs in Valladolid (March 16), London (March 28), Valencia (April 4) and Paris (April 5th), that will be rescheduled with dates to be announced by each club.  The titles to be shown follow:

With sessions and original dates cancelled, from Topagunea Jasone Mendizabal explained to EuskalKultura.eus that it's too early to set new dates.

From the Gure Txokoa Basque Club in Valladolid, its president, Sonia Hernandez Albistegui told us that the club is closed and has cancelled all of its programs, from Laburbira to wine tasting, excursions and all of its usual activities.  “For the time being we are healthy and are very encouraged, that is the most important,” she said.