Marcos Tedis is Argentinean, studying Basque in Buenos Aires and dreams of dedicating himself to strengthening the Basque language (video) 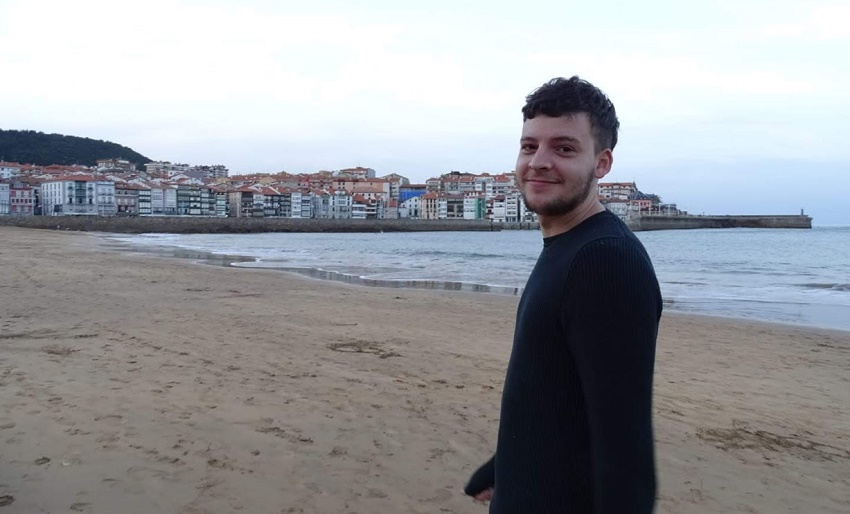 Marcos in Lekeitio, on the Bizkaian coast

Marcos is 22 years old and lives in Olivos, in the province of Buenos Aires studying Social Communication at the UBA.  He started studying Basque at the end of 2018, and in less than two years he has become a Bascophile and is communicating with friends, here and there in Basque, deciding to spend the Argentine summer in the European winter studying at the Zornotza (Bizkaia) Barnetegi.  After a month of immersion and returning to Argentina, Marcos tells us about his experience, how he has he lived his Basqueness and what are his plans for the future.

Sabrina Otegui / Olivos, Argentina. With ancestors who came to Argentina from Mendata (Bizkaia) in the 17th century, Marcos Tedin Uriburu is not entirely clear that his approach to Euskera and Basque culture has to do with his roots. What is clear. is that it has to do with his present and his future: “Euskera is very important and special in my life; every day I try to think and speak in Basque and listen to the radio and music in Basque ” he explains in perfect Basque, just as a Basque from Bilbao or Gasteiz would.

“In Euskal Herria I realized how important it is to preserve Euskera and in the future, I’d like to work in that, some day, in Euskal Herria,” he told EuskalKultura.eus.

In the meantime, he is finishing his thesis on Basque music to obtain a degree in Social Communication, and will continue learning Basque, classes he takes regularly at Euskaltzaleak in Buenos Aires.