Argentine Soccer player Pablo Zabaleta talks with EuskalKultura.eus from Manchester about soccer and his Basque roots 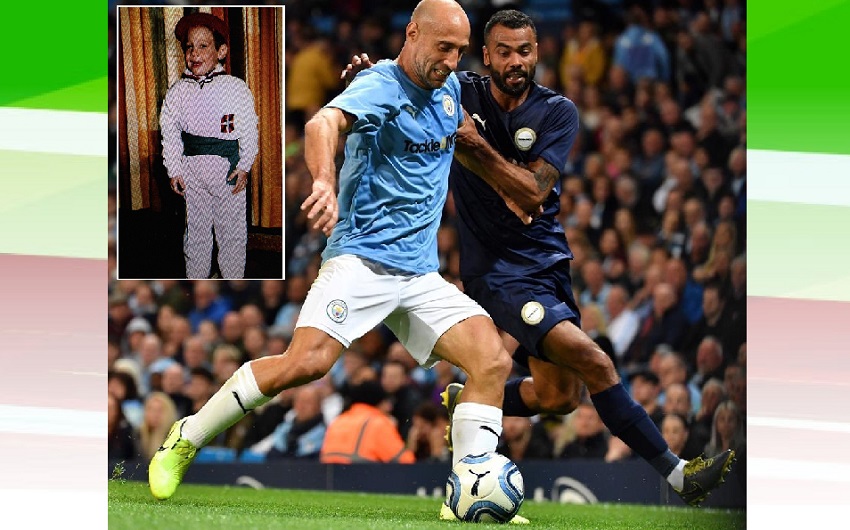 Sabrina Otegui / Buenos Aires, Argentina-Manchester, England. “The ancestors and the homeland call…that is why Basque descendants have a strong feeling for the Basque Country,” Pablo Zabaleta said. From Manchester while he waits for his team, West Ham United, to resume practices after the impasse due to the Coronavirus, the Argentine soccer player spoke with EuskalKultura.eus about soccer and his roots.

Zabaleta is a renowned soccer player at the international field, among other achievements his performance at the 2008, Pekin Olympics when the Argentine Selection won the gold medal, as well as being part of the U20 team in 2005 that took the World Cup.

In his hometown of Arrecifes, the local stadium carries his name. And the Euskal Etxea, that is almost 100 years old, was the witness of his first dance steps during his childhood. Proud to be the descendant of Basques from Leitza, Navarre, and with a deep feeling for the “homeland that calls him,” “Zaba” hopes to solidify plans soon to visit the town of his great-grandfather, as well as his professional activity allows, and share also with the Arrecifes Euskaldunak Denak Bat in its centennial anniversary celebrations in 2022.

Interview in Spanish with Basque subtitles with Pablo Zabaleta by EuskalKultura.eus

Pablo Zabaleta talks about Leitza, Navarre, the town his family came from