“Ansots” is the name of a new Basque establishment by Dan Ansotegui in Boise: it will open mid-July 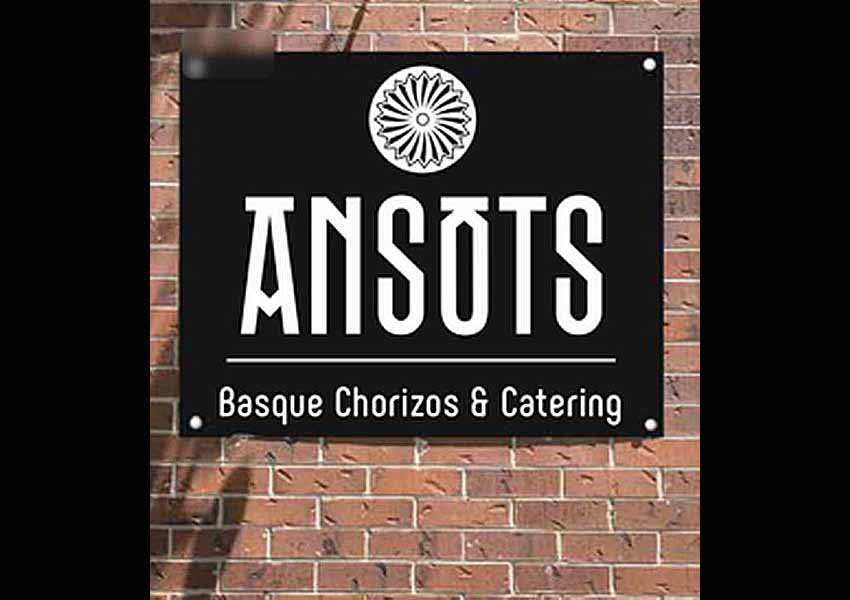 Partnering with Dan in the project are his wife Tamara and daughter Ellie. The logo was designed by Josu Landaluce

Boise, Idaho, USA. He said he would announce a new project and this week he has. The well-known Basque-Boisean cultural and professional promoter, Dan Ansotegui, will inaugurate a new proposal for a Basque imprint in the culinary world of Boise for July 15. The establishment is called 'Ansots' and will open at 560 W. Main St., downtown, near the Basque Block and will provide services on site, for takeout, as well as wholesale, for example chorizo and artisan loin, to other restaurants and supermarkets.

"Ansots Basque Chorizos and Catering" will be a kind of bistro and will respond to an unconventional restaurant format. Previously, Ansotegui had successfully launched various proposals in the field of Basque gastronomy and catering in Boise, such as the Bar Gernika (1991) and The Basque Market (1999), establishments that he later sold, returning for a while to his initial profession as a schoolteacher. In recent times he also was involved in Txikiteo (2018).

Dan Ansotegui is a well-known person in his Basque and American surroundings. Born in Boise, he speaks Basque perfectly and in his role as a musician has a number of achievements, he is a trikitilari and txistulari, founder and member of Basque groups such as Ordago, Gaupasa or Amuma Says No, founder and teacher of the Music School Txantxangorriak and promoter of numerous cultural initiatives. He has received several awards, including the National Heritage Fellow, the highest award in the US folk world, in 2019.

He is ilvolved in this project with his wife Tamara and daughter Ellie. Zorte on, good luck!