Boise Basque musician, Dan Ansotegui is recognized by the National Endowment for the Arts as a 2019 NEA National Heritage Fellow 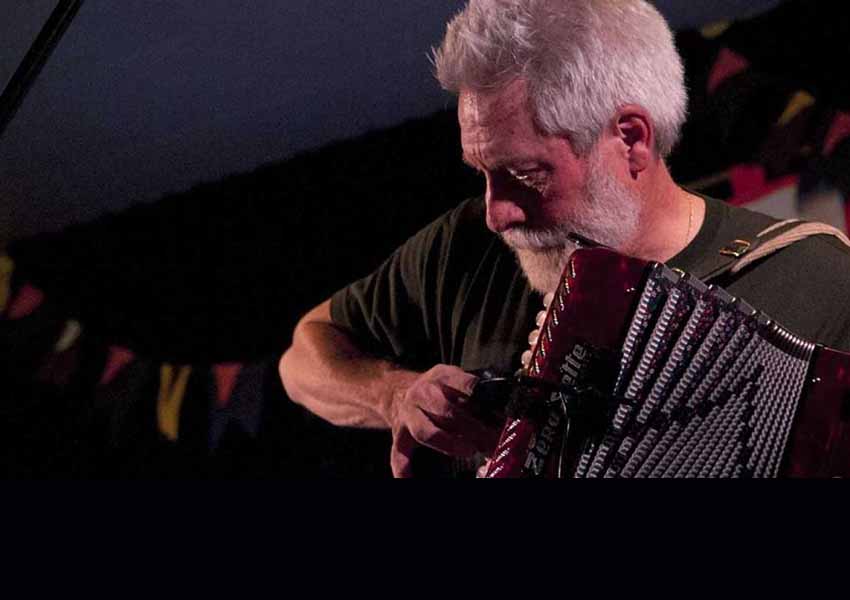 Boise, ID. Only nine of these awards are made annually, and since its beginnings, 440 Americans in all disciplines and artistic conditions have received one.  It is the “National Fellowship of the Arts,” the highest honor in the United States in the world of folk and traditional arts." This is the second time that an Idahoan Basque has been awarded, the first being Jim Jausoro, who received the honor in 1985, no doubt a unique recognition and honor, not only for those who receive it, but also for the discipline and culture that the person cultivates (see this year’s recipients here)

The announcement by the “National Fellowship of the Arts” award to Dan Ansotegui was made yesterday morning.  Ansotegui (Boise, ID 1959) is an euskaldun committed to music and the transmission of the Basque culture in his surroundings, Basque reference (his profile here as announced from Washington DC).

Born in Boise to Basque-American parents, Dan Ansotegui is a reference in the local Basque community.  From his father, Domingo Ansotegui, he received his love for traditional Basque music: Domingo Ansotegui was part of the team made up of him and Jim Jausoro, until his premature death, Jausoro being another reference in the Basque musical tradition in Idaho and all over the west.  Dan was a dantzari with the Oinkari Basque Dancers in Boise, and over the years has also served as their txistulari.  He was initiated in the trikitixa by Joseba Tapia, one of the greats in the Basque Country, a great connoisseur of the Diaspora who participated in the first Jaialdis in Boise.

Just after Jaialdi 2000, Dan founded a Trikitixa and traditional Basque music school with others in Boise called Txantxangorriak, where he serves as a teacher.  He was the founder and participating musician in local rock and folk bands, Ordago, Gaupasa, and Amuma Says No, with them traveling to a large number of Basque festivals and picnics all over the west, as well as in Washington DC.

As not only a musical promoter and entrepreneur, he founded the Bar Gernika and later the Basque Market, both part of Boise’s Basque Block, both businesses contributing to the dynamics and visibility of the Basque culture in the capital city.  He is also an active collaborator with the Basque Museum and other Basque iniciatives.

Ansotegui has also received other awards and recognitions including the Idaho Heritage Award (2001), the Governor’s Award for Excellence in the Traditional Arts (2004) and mention of honor by the Fellowship Awards for Performance through the Idaho Commission on the Arts (2010).

Zorionak Dan! As well as the entire Basque American community!