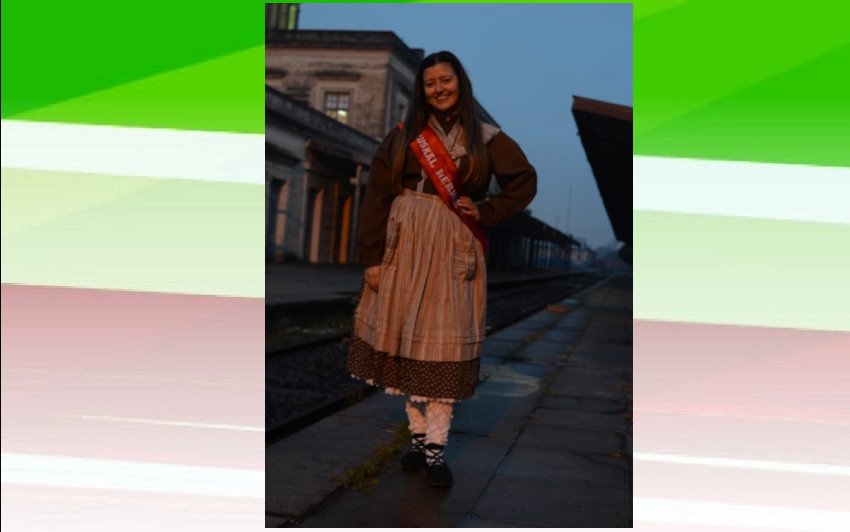 Concordia, Argentina. COVID-19 obliged celebrating virtually last year, and this year, the United Immigrants of Concordia, the establishment in charge of its organization, has announced that it will hold a hybrid event.  The 28th Entre Rios Provincial Immigrant Festival in Argentina has opened nominations for the Immigrant Festival Queen, with the participation of the Basque, German, Italian and Swiss communities.

Agustina Lorenzatto will represent the Ibaiko Izarra Basque Club in Concordia.  Originally, from Chajari, she now lives in Concordia where she is studying Social Communication and also works as a journalist on the local public radio, as well as on the AM station’s website. Agustina is studying the Higher Technique in Psychosocial Intervention, in addition to taking a Community Manager course, among others.  Her tireless curiosity led her to approach the Basque club in search of the origins of her family and today she knows that she is the great-granddaughter of Basques who arrived to Argentina from Navarre at the end of the 19th century.  She participates actively in the Basque club she represents.

Mariano Silva Torrea told EuskalKultura.eus that the Entre Rios Provincial Immigrant Festival is the largest event for local communities. It is celebrated annually over three days and they hope that in 2021, although not yet with all the usual intensity,this festival in which dances, typical dishes and family stories intersect, will be able to recover its brightness and develop as the heartfelt tribute to all immigrants that it is.