The Basque Country, its languages, literature and art will be featured at the Soria Expoesia Festival August 1-8, 2021 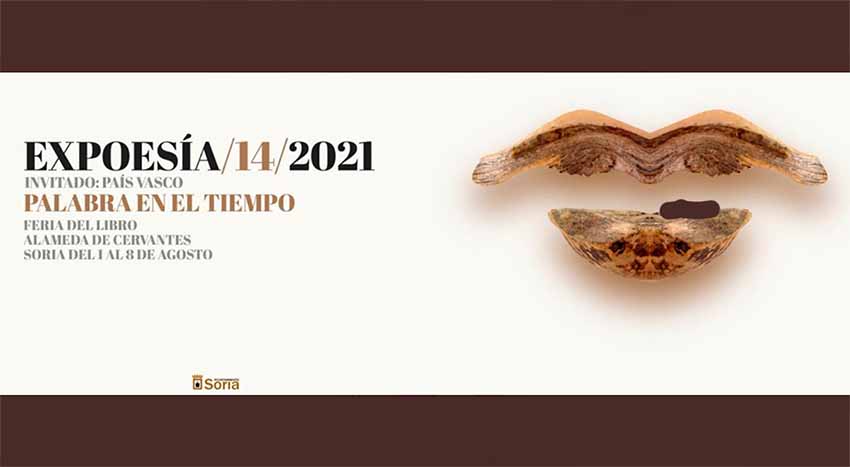 Expoesia, this year featuring the Basque Country and its creation, August 1-8, 2021

Soria, Spain. The Basque Country and its contribution to the arts, its poetry and literature will star at the 2021 Expoesia Festival August 1st through the 8th in the Spanish city of Soria, attended by a large group of Basque writers an creators, with the support of the Etxepare Basque Institute.  In the “Cercanías,” section of the event the Basque Country will take over for Portugal as the guest country or literature, and will include the presence of Bernardo Atxaga, Kepa Murua, Karmelo Iribarren, Pello Salaburu or critic Jon Kortazar.

The entertainment section includes Kukai (August 1st) and Amaia Zubiria (August 2nd), and the films Obaba and Dantza, will be shown dedicating a monograph to the work of filmmaker Oscar Alegria from Pamplona.  Bertsolaris and Bertsolaritza (improvised Basque verse) will also make an appearance with simultaneous translation provided and the interested public will also be able to visit an exhibition by Donostia-San Sebastian photographer, Isabel Azkarate, the latter throughout the month of August, ending on the 28th.

This is the fourteenth edition of the Expoesia Festival that will add fifteen authors coming from Euskal Herria and three of the twenty publishers that will meet at the Expoesia Book Fair will also come from the Basque Country.  The program has already been presented and will be made public will complete details in the coming days.