A new installment in the blog “Between Wars,” with the story of Felix Gallarreta, commander of the Meabe Battalion #2 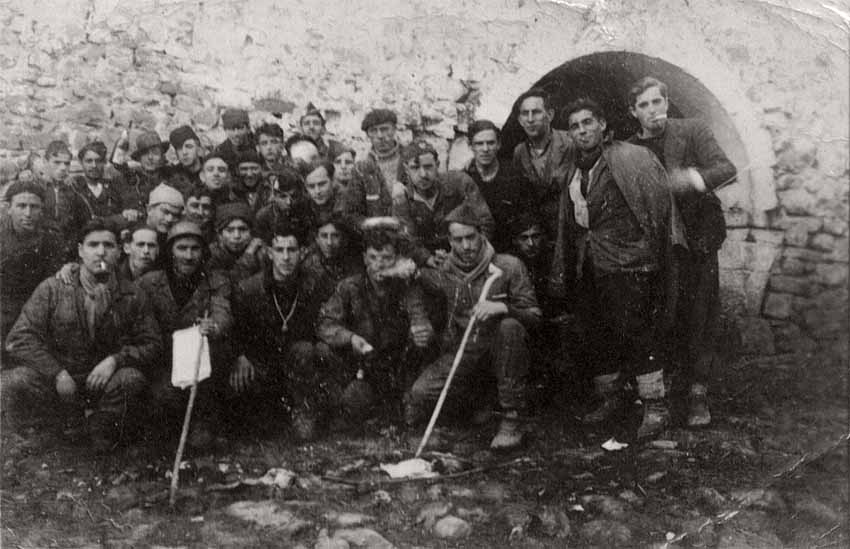 Donostia-San Sebastián. A new installment in our blog section “Echoes of Two Wars, 1936-1945” on this occasion entitled, “Life and Death of Felix Gallarreta from Barakaldo, Commander of the Meabe Battalion #2.” The experts at the Sancho de Beurko Association present the story of Felix Gallarreta Gaviña from Barakaldo, thanks to the information provided by, Arantza Gallarreta, the granddaughter of this trade unionist born in the Gallarreta farmhouse in the San Vicente neighborhood of the manufacturing town near Bilbao.

Felix Gallarreta (1902-1938), rose from a simple militiaman to a commander int he course of a civil war in which he endured all kinds of situations.  Wounded on at least three occasions, and assigned to the General Staff of the XIV Army Corps as the head of the 3rd Section before being arrested, suffering concentration camp and jailed sentenced to death by Franco insurgents accused by them of “Military Rebellion.” He was shot on Monday, January 10, 1938 when he was 35 years old.