Ziortza-Bolibar will commemorate Simon Bolivar Day this Friday, July 24th, on the 237th anniversary of his birth 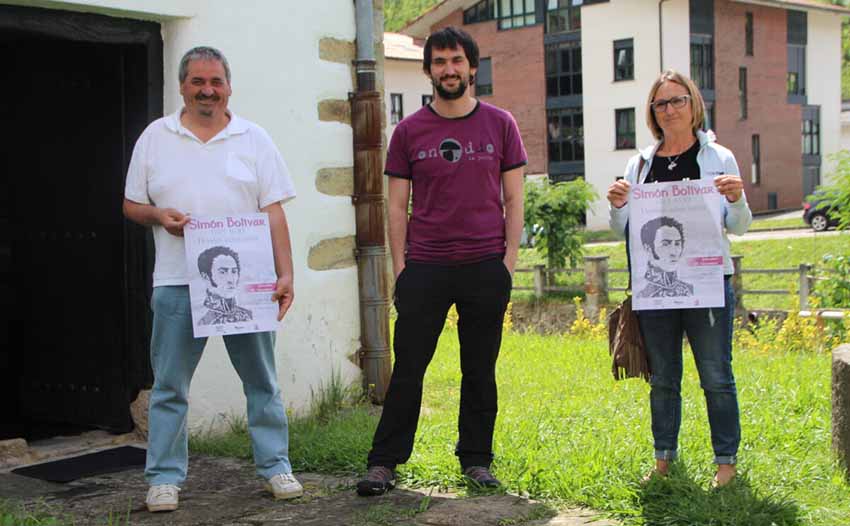 Ziortza-Bolibar, Bizkaia. This Friday, July 24th another anniversary of the birth of Simon Bolivar will be celebrated in Bolibar, Bizkaia.  This is an annual celebration that the locals keep in mid.  “We have always felt like it had more impact outside than locally.  We feel that it is necessary to carry out this recognition and so we felt the idea was given more value starting in his hometown,” Alberto Garro, mayor of Ziortza-Bolibar said in a text published by Hitza of Lea-Artibai and Mutriku

On July 24th it will have been 237 years since the birth of Simon Bolivar.  Motivated by this, and as every year, city hall in Ziortza-Bolibar and the local Simon Bolivar Museum carry out a simple event in the town’s plaza.  They have also shown their determination to place the image of the “Liberator,” in a worthy spot

From city hall they support that due to the contribution of Simon Bolivar to the liberation of the people, July 24th is a day that citizens of Ziortza-Bolibar should remember “and we hope that this recognition also includes Basque Country institutions,” city representatives said.

The mayor of Ziortza-Bolibar, Alberto Garra, added that they have the feeling that nobody is aware that this is the plave the Liberator comes from, and hope to reflect and give protection of the town in this circumstance.  “We have always felt that it has had more impact outside of our own country.  And we feel that this recognition is necessary.  That is why we are beginning in Euskadi starting with his hometown,” Garro explains.

The may also said the event this Friday will be very similar to others held every year.  “We have invited mayors of neighboring towns and representatives from countries that were liberated by Bolivar, as well as a representative of the Provincial Government of Bizkaia,” Beñat Ibaibarriaga Zubikarai, technician at the Simon Bolivar Museum explains.  “We will give them a guided tour of the museum at 12:30pm.” This is limited only to authorities.

Public Invitation. Afterwards at 1pm there will be an event and a wreath laid at the plaza.  Everyone is invited to this event.  “We have also sent invitations house by house.” Participating at this event will be the Bertsolari Nerea Ibarzabal from Markina-Xemein and dantzari Garazi Etxaburu from Ondarroa.  There won’t be any refreshments served due to health protocols in place.

Initiatives such as these place value on the image of Simon Bolivar and are not limited to July 24th.  The Museum’s doors are open all year long.