Video of the arrival of “Kutxa Bira,” in Urruña, the initiative for the Basque language that departed from the Diaspora 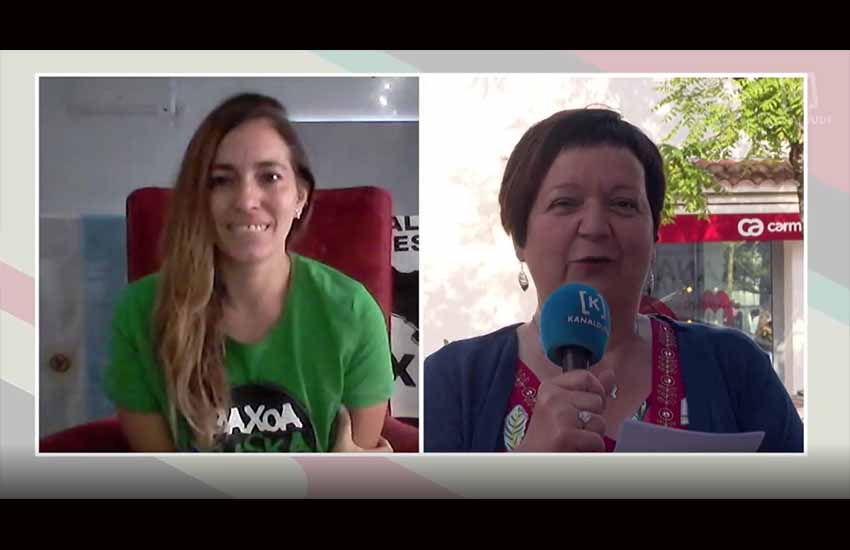 Urruña, Lapurdi. On May 29th, the Euskaltzale initiative “Kutxa Bira,” reached its final destination in Urruña that began on March 20th in the Diaspora thanks to the Aberri Euskal Etxea in Viedma and Patagones, in Argentiina, to then jump to Europe and tour all of the Basque Country.  Due to the pandemic, with mobility being limited, a small kutxa (box) managed to overcome all obstacles and visit dozens of towns, to gradually add to its interior small papers with the wishes and desires of thousands of citizens in favor of Basque.

Under the auspices of the Iparra-Hegoa Association based in Segura, Gipuzkoa and Urruña, Lapurdi, more than 70 welcoming celebrations, and events filled the kutxa's itinerary, “from Argentina, to Baiona, from Zuberoa to the French prison of Reaux, from Iparralde to Barcelona and back to Hegoalde.”

In the video presented here, we include its arrival to Urruña on May 29th, the same day that a huge demonstration in favor of Euskera took place in Baiona, against the resolution adopted by the French Constitutional Council. The images, as well as all of the reports on the “Kutxa Bira,” are thanks to the Basque channel Kanaldude TV in Lower Navarre. Journalist, Pantxika Maitia:

-You can help Kanaldude, Iparralde’s Basque Channel by, clicking here
-To watch their programs on "Kutxa Bira", town by town (including those in the Diaspora) click here