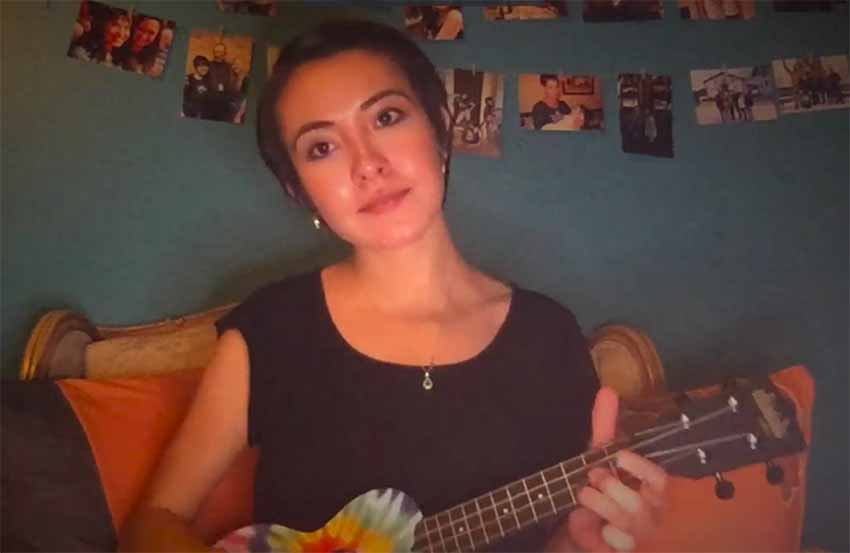 Mikaela Goicoechea, Wyoming native, studies song and music at the University of Arizona and is NABO’s Music Programs Chair

Rock Springs, Wyoming, USA. The Coronavirus has changed, or cancelled plans this year for many people, among those are many Basques that had hoped to travel to from their place to the Basque Country or from the Basque Coyntry to the Diaspora. The following video and song are dedicated to Euskal Herria that is being missed by Mikaela Goicoechea (Rock Springs, Wyoming 1999), who should have been in the Basque Country now, but isn’t.  The video includes images of prior visits, of her family, her experience and festive memories.

Mikaela’s father is from Gorriti, Navarre, renowned Basque-American Bertsolari Martin, and her mother Veronica is from Wyoming, converted to the Basque culture after marrying Martin.

Mikaela was born in Rock Springs, Wyoming and grew up in a US Basque community, an active member, along with her family in the Alkartasuna Basque Club in her hometown, and participating for example, in children’s summer camps organized by NABO, the North American Federation of Basque Clubs, first as a camper, lately as a singing instructor. She is the first ever NABO Music Programs Director.

With her scheduled trip made impossible, here is a video by Mikaela.  She is singing the song “Illusioz bete,” by Huntza.  Eskerrik Asko Mikaela!