“Urrundik” the title of the single, tour and tribute to our Diaspora that is being prepared by Bizkaian singer Joseba Gotzon 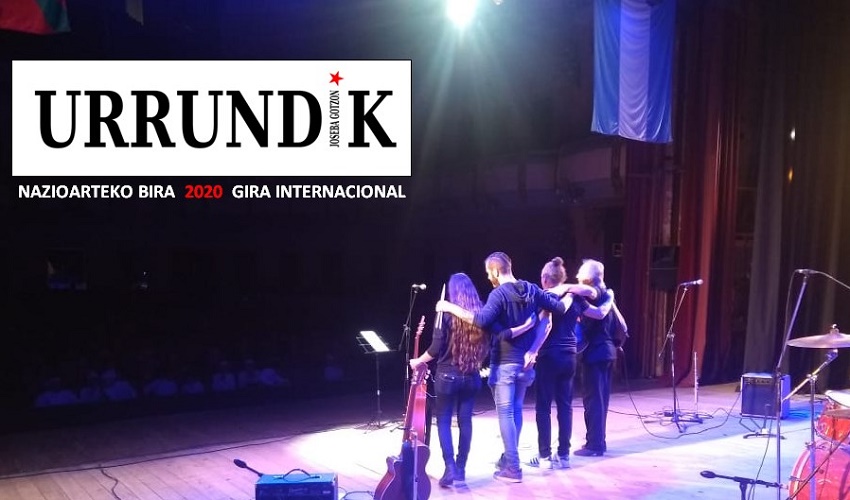 “Urrundik,” a new song and tour by Joseba Gotzon that pays tribute to the Basque Diaspora

Portugalete, Bizkaia. Joseba Gotzon is an old acquaintance of the Basque community in Latin America.  After having crossed the Atlantic more than a dozen times, the singer from Portugalete, is currently working on a song that pays special tribute to the Basque Diaspora in America.  Entitled, “Urrundik” (From Afar), it alludes to the “strong commitment,” held from a distance “by the Eighth Province of Euskal Herria,” as well as constituting, without a doubt, a unique nod to the Euskal Etxea that carries the same name in the Argentine city of Parana, that the songwriter has a special bond with.

In his own words, “I have felt the need for a long time to summarize how our culture, language and folklore are kept alive ten thousand kilometers from Euskal Herria.  This work is full of feeling and commitment that very few people in the Basque Country are aware of and that we need to make known,” he asserts.

The project isn’t just recording the single, but he is also planning a tour by the same name.  Joseba Gotzon hopes to travel beginning in September to Mexico, Argentina and Cuba with concerts TBD I Chile and California; which means interested clubs can be added to the calendar through September.

(If you wish to reach out to Joseba Gotzon to see if he could perform at your club or at a local venue, contact him through Facebook: https://www.facebook.com/joseba.gotzon.12)

The original version of the song “Urrundik,” is currently being mixed.  It will also include a video.  One of the touches will be the participation of a number of Basques in the Diaspora, students and teachers who will record their voices to accompany Gotzon’s lines.

Here are the original song lyrics:

Here is the Spanish Translation.