Today there is a talk in Buenos Aires about Donibane Lohizune at the Iparraldeko Euskal Etxea; on Tuesdays, new Basque classes 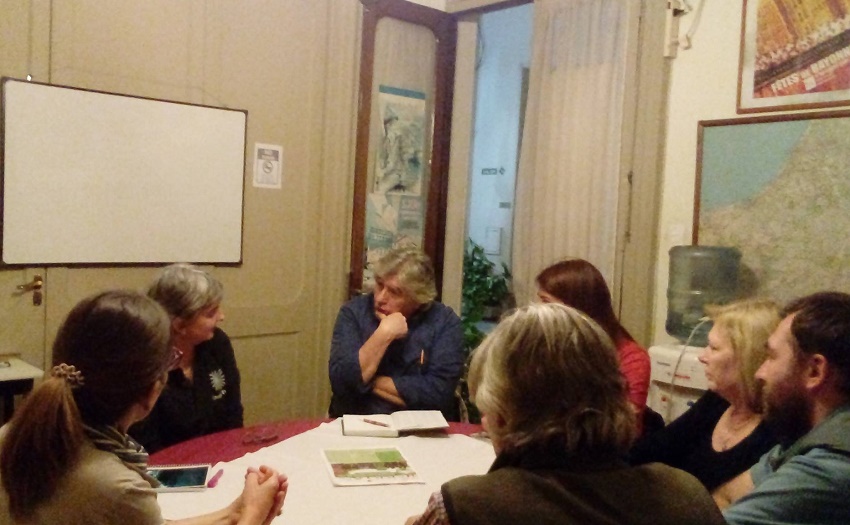 The Subcommittee on Culture at the Iparraldeko Euskal Etxea-Centro Vasco Francés organizes an interesting series of talks annually.  As part of this program, Mariana Fernandez Castelli will give a talk today entitled, “Donibane Lohizune, a Charming City,” at 7:30pm. As part of the effort to provide more cultural opportunities to the community, the Subcommittee on Culture also provides intensive Basque classes that meet on Tuesdays from 7pm-9pm, and will run through December.

Buenos Aires, Argentina.   After 25 years of uninterrupted work maintaining and spreading the culture of Euskal Herria, the Iparraldeko Euskal Etxea in Buenos Aires, and its Subcommittee on Culture continues to include new activities and projects coordinated together with neighboring institutions.  This is why it's now providing a new Basque language and culture intensive course that started in September for members as well as for any interested persons.

The course is taught by the Euskaltzaleak association (Euskaltegi) in Buenos Aires and includes an intensive course that it three months long and works on initial grammar so that students can talk about basic ideas.  To compliment the face to face classes, the students also have the opportunity to work online with Euskaltzaleak, which allows them to also delve into more cultural themes.  According to Teresa Zavaleta, president of the Euskaltegi, “The course began on September 5th, but there is still time for students to join in their corresponding levels which is also made possible with the online course.  This isn’t the first time that we have taught at the Iparraldeko Euskal Etxea; we did so two years ago; and it’s always nice to cooperate with other clubs especially in activities that work to incorporate Euskera in the club.”  Classes are on Tuesdays from 7pm at Moreno 1370.

As part of the series of talks that the Subcommittee is also responsible for, today, Thursday, History Professor, Mariana Fernandez Castelli, will give a talk “Donibane Lohizune, a Charming City,” that invites listeners to discover and enjoy it.  During her talk, Fernandez Castelli will delve into issues related to this town in Lapurdi, traditionally and typically a fishing village, and how the sea has marked the life of its inhabitants, and their way of expressing the Basque culture.  The event will begin at 7:30pm.

Also in September, Professor Mikel Ezkerro gave two talks at Iparraldeko Euskal Etxea.  Both were about the presence of Basques from Iparralde in Argentina, their arrival, where they settled, the jobs they undertook, among other topics.  He also spoke about their life as part of the Basque community and even mentioned some of the notable figures originally form the Northern Basque Country that contributed to the development of Argentina.  In the words of Norma Rios, reference on the Subcommittee of Culture, “As always, Ezkerro’s talk was very well done, due to his great knowledge of the topic, as well as didactic and fun nature of this talks.”  The Subcommittee of Culture would like to thank everyone who has collaborated on the activities as well as the community for participating and collaborating with the diffusion of the activities.