The Virtual Day of the Basque Diaspora, will become Diaspora Week: send a video from your Basque club to the Basque Government 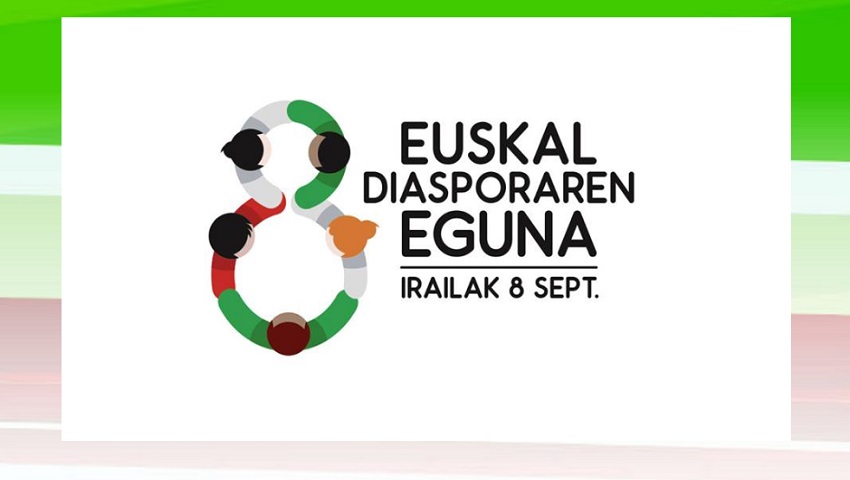 Vitoria-Gasteiz. This year of the pandemic has affected all face-to-face gathering and will also influence the upcoming Diaspora Day on September 8th.  This year’s event will be much more virtual than last year’s edition, that included an event in Ispaster, Bizkaia presided by the Lehendakari. Last year’s crowded events won’t be repeated in different Basque communities around the world either, and so this year will include many videos and online gatherings.

Since this year September 8th is a Tuesday, and so it is assumed that activities will take place all weeklong with each club and Basque community celebrating when it is most convenient for them.  With most events taking place online, it seems that most clubs will be publishing pre-recorded videos on their social media.

The director of the Basque Community Abroad, Gorka Alvarez Aranburu, sent a letter to Basque institutions around the world reminding them of Lehendakari Urkullu’s commitment to the Diaspora as well as of his institutional participation in September 8th.  He also requests that Basque clubs send their videos and images as soon as possible so they can include them in a larger video montage that will be presented on that day.  Directors of various dance groups have been working on images of dantzaris dancing a part of the same dance, that will be edited together including Basque dancers from all over the world.

The Directorate for the Basque Community Abroad has also provided a series of instructions on how the videos should be recorded.  These include, always recording horizontally, not vertically; and leaving some seconds before and after the recording; identifying the persons who appear; recording at high resolution; avoiding outside noise; and sending videos via WeTransfer, not by WhatsApp, among other suggestions.

- Directorate for the Basque Community Abroad, in Basque, in Spanish
- Official Day of the Basque Diaspora Event 2019 in Ispaster (photo gallery)