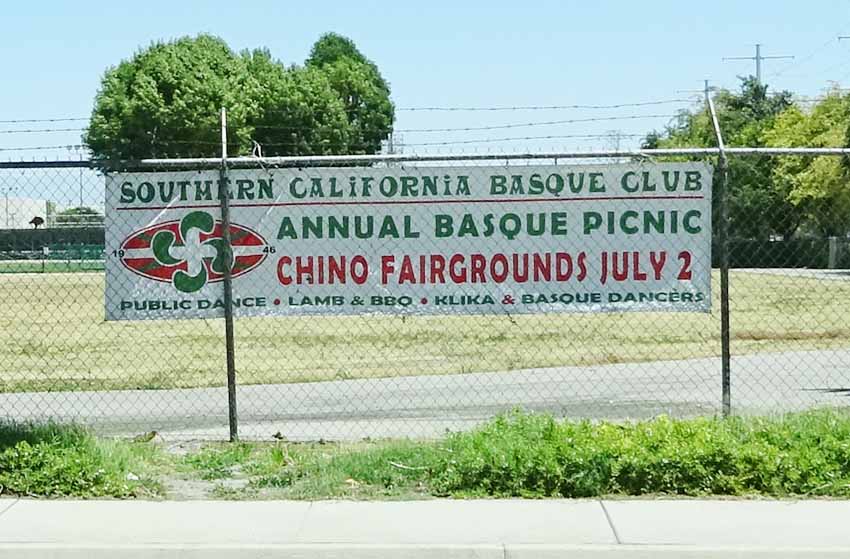 Poster announcing the picnic and Basque festival this weekend at the Chino Fairgrounds (photoEuskalKultura.com)

Every first weekend of July, the Southern California Basque Club celebrates its annual picnic. Last year’s, the club’s 70th anniversary, was also the site for NABO’s convention.  This year, for its 71st, there will be another special ingredient, a visit from children participating in this year’s Udaleku that began last Monday in Chino.  The weekend’s program is included here.

Chino, CA. The Southern California Basque Club’s festivities will run July 1-2nd, once again at the Chino Fairgrounds. This year’s festivities will also include some special guests, children between the ages of 10 and 15 who are in Chino attending NABO’s Udaleku 2017, summer camp organized by the North American Federation of Basque clubs and aimed at those who will be charge of these entities in the future in the US and Canada.

There are 103 children participating at this two-week camp who have come from Pennsylvania, Idaho, Nevada, Oregon, Utah, and California, as well as from Canada and one participant from the Basque Country who is the son of a member of the San Francisco Basque Club. During the picnic, the children will share what they have learned during the first week that may surprise more than one.

Here is the weekend’s Schedule: