The film “Amama” will begin the Euskal Etxea’s 140th anniversary festivities in Havana, Cuba next Saturday 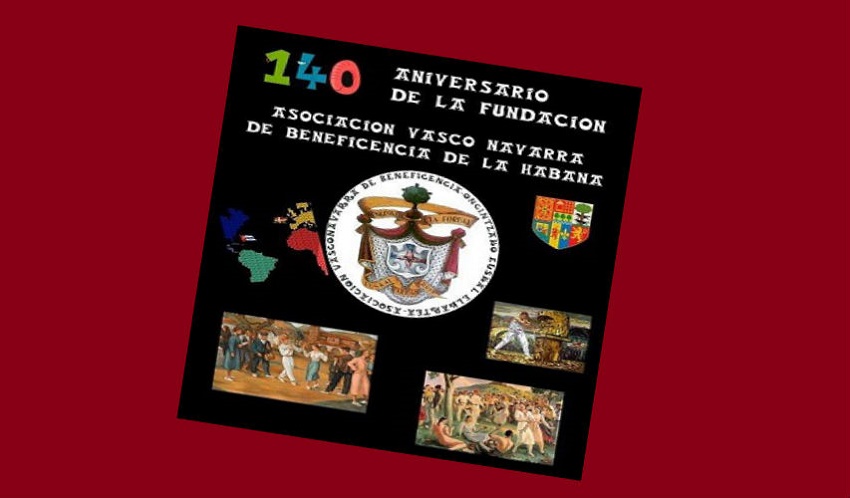 Founded in 1877, as the Basque Navarre Association of Beneficence in Havana, the Euskal Etxea of Cuba – that uses both names today – along with Laurak Bat in Buenos Aires, is the oldest active Basque club in the world.  To celebrate its 140th birthday members have organized an extensive program of activities.  Beginning on Saturday, members and friends will be able to enjoy Basque film, exhibits, talks and performances.

Havana, Cuba.   The 140th anniversary festivities at the Euskal Etxea in Cuba will begin on Saturday, July 8th and will run through Sunday the 16th.  Members and friends of the club have been working since the first of the year on a plan that; in the words of club president, Renato Garcia Egusquiza, hopes to use the event as a trampoline “to take new steps in our task of making the Basque culture known in Havana and its recovery in Cuba, where there is a very deep Basque footprint.”

Here is the 140th anniversary program:

-Saturday, July 8: 6pm. Inauguration with the screening of Amama in the Cinecito facilities at the San Rafael Boulevard in downtown Havana
-Sunday, July 9: 10am. Photo exhibit “Basques in Cuba. Images that Prove it.” “The exhibit hopes to show the Basque presence in Cuba also through architecture.”  The exhibit is framed in a gallery in the Historical Center.  In addition to the photo exhibit, there will also be a selection of motorcycles form the 50s, 60s, and 70s, from the old socialist camp
-Monday, July 10th: 2pm-8pm.  Presentation of the crafts created by the club’s “Sustrai” group: products available for purchase include traditional Cuban music, socializing with other members and friends, and guests artists.  The event will be held at the provisional clubhouse located on Gervasio No. 615 e/ Reina and Estrella, in Havana
-Tuesday, July 11th: 2pm.  Artistic presentation at the Museum of Fine Arts. Arte Cubano room, Trocadeo Street between Monserrate and Zulueta, in Old Havana.
-Wednesday, July 12th: 2pm. Lecture by Dr. Felix Julio, Vice-Dean of the San Geronimo University, from the department of History.  The talk is entitled, “The temple, Its History and Similarity to the Juntetxea in Gernika,” and will take place in the Museum of Fine Arts Hemicycle, Universal Art Room (San Rafael between Monserrate and Zulueta); 5:30pm. Kutsidazu Bidea, Ixabel will be screened at the clubhouse
-Thursday, July 13th: 10am.  “Basque dance performances by the club’s txiki dancers.  The club explains, “due to lack of a teacher the children have learned through videos.’  It will take place on the “Calle de Madera” in the old quarter of Havana. 5:30pm Traditional Cuban music “El Jelenque,” pertaining to the study of musical recordings EGREM.  6pm. Showing of The Negotiator in the Cinecito
-Friday, July 14th: In the morning travel to the Pinar del Rio Province (west of Havana), to visit the “Guayabita del Pinar” Rum Factory, “founded by the Garay brothers in hopes of bringing a beverage similar to Patxaran to Cuba.”  After the visit lunch at the Dr. Rogelio Ortuzar Ranch that was awarded the Hombre Habano Cuba prize in 2014
-Saturday, July 15th: 10am.  Conference “Euskal Herria-Cuba, Yesterday and Today” by Jose Miguel Arrugaeta in the Hemiciclo at the Museum of Fine Arts.  Followed by a Antique car exhibit with the possibility of riding in them.  6pm. End of the Basque film series with Asier eta Biok at the Cinecito.
-Sunday, July 16th: Social for members and guests

Along with this invitation club president, Renato Garcia Egusquiza has also let us know that all of the films are being provided thanks to Carlos Gabilondo and Norma Carrizo with their Traveling Basque Film Series, who came from Argentina to participate in the anniversary activities.