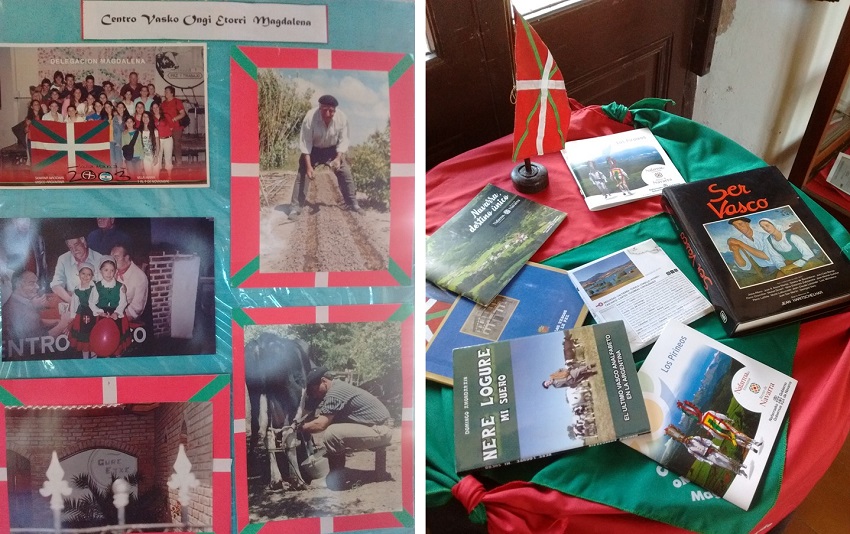 Magdalena, Argentina. As part of the September festivities in Argentina, in honor of immigrants and part of the show held by the Giuseppe Garibaldi Italian Society at the Temporaria Hall at the Cultural Center, the local Basque club will bring along typical elements that characterize the community and can be contemplated until next Sunday, September 29th. Throughout the week, photos, bibliographic materials and objects related to the institution and Euskal Herria will be exhibited.

The show will be open daily 9-12pm, and in the afternoon Friday-Sunday from 5:30-7:30pm.  Admission is free and open to the public.

Reactivation of the club

Since May, members of the Ongi Etorri Basque Club have worked hard to invigorate the club’s activities.  The work has already begun to bear fruit and after a long time, the club now has an exhibition space in the show mentioned above.  Encouraged with the project, a new group of members and friends met on September 19th with a large number attending.  As reported to Euskalkultura.eus, by Angela Dias Ezquiaga, club reference, “new people and young people joined which opens up new possibilities.” They also informed about another meeting in October and its general assembly will be on November 8th to appoint officers.