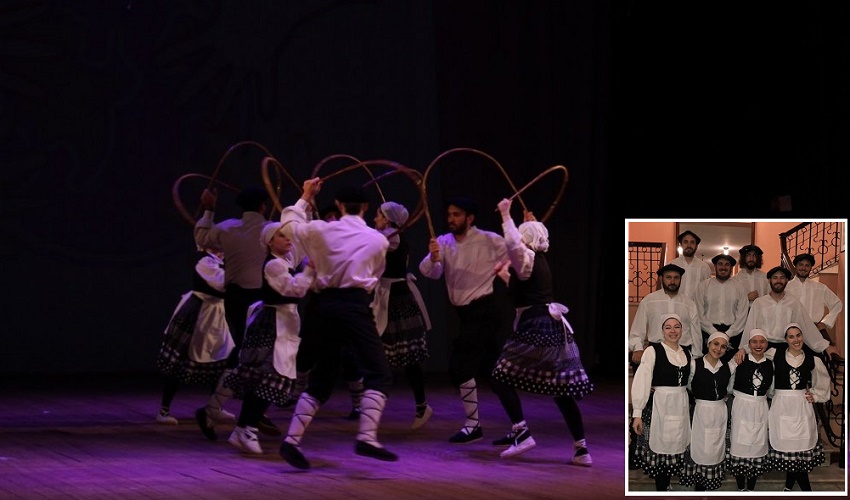 Paraná, Argentina. The dance and music showcase that the Union of Collectivities in Entre Rios organizes every year at the Theater of February 3rd in Parana was declared this year, 2019, of Municipal Interest.  The gala that usually gathers more than 15 communities, took place on Tuesday, September 10th, and as every year, included the remarkable presence of the Urrundik Basque Association.  As usuallu, this year the dantzaris from Urrundik represented Euskal Herria with the flag and typical dances; they were awarded with “warm applause from a theater that filled to capacity,” according to club sources.

As part of Immigrant Day festivities on September 7th, the Urrundik dancers represented the Basque Country at the celebration of the 15th Immigrant Festival in San Benito, at the Vieytes Park in this town neighboring of Parana.

Urrundik also reported that its annual Basque Dance Festival is ready.  The event will be on October 6th at 8:30pm at the Theater of February 3rd.  Joining the dancers from Urrundik will also be Basque singer from Portugalete Joseba Gotzon.