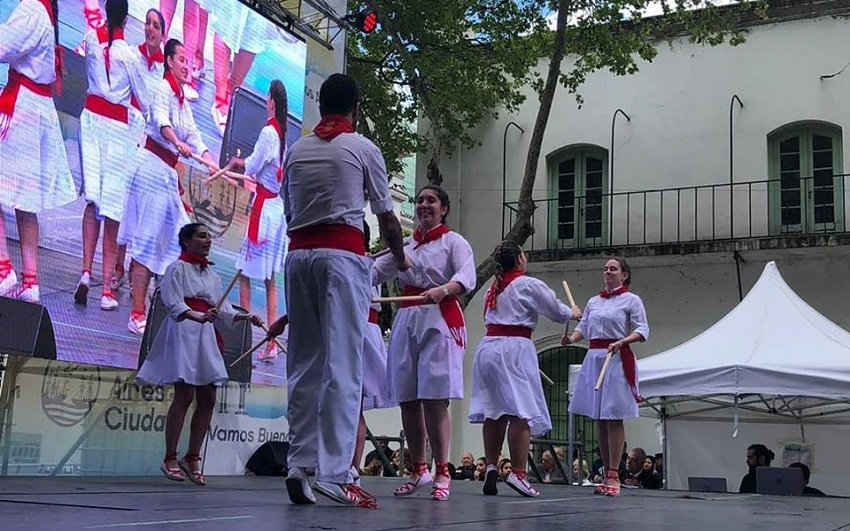 Dantzaris from the Centro Navarro at the “Buenos Aires Celebrates” festival

Buenos Aires, Argentina. The Centro Navarro in the city of Buenos Aires celebrates its 135th birthday in 2020 and the institution has already begun preparing for a year that will be full of festivities.  The anniversary doesn’t just come along with cultural and recreational activities, but there will also be renovations during the month of January to improve and maintain the clubhouse located on Moreno Street in the city of Buenos Aires.

The activities that the club will carry out each month include a literary competition, conferences, paddle ball and table tennis championships, the great San Fermin celebration, and participation in festival such as “Buenos Aires Celebrates the Basque Country,” “Buenos Aires Celebrates Spain," and the Hispanidad Festival.  They will also attend Semana Nacional Vasca in Macachin.  The year will close with the traditional Navarrese festival.

Among the latest novelties, beginning on February 1st the club will provide txistu lesson taught by the txistulari from the Laurak Bat Basque Club, José Mª Gutiérrez. According to its newsletter, there may also be news in regards to Euskera classes beginning in March.

The complete newsletter for the Centro Navarro in Buenos Aires, here. The club is also on Facebook.