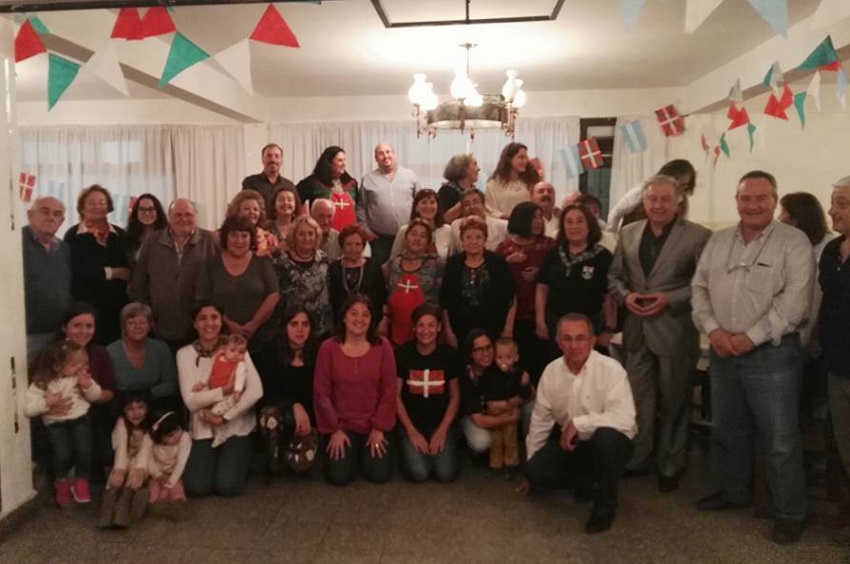 Maria Julia Ercoreca was one of the main promoters, one of the founders and Etorritakoengatik Basque Club’s first president in the city of Puerto Madryn in the Argentine province of Chubut.  When it was time to make a toast for the 6th anniversary of the institution, the irreplaceable contribution of “Marita” was on the minds of all and the current board of directs proposed a moving toast to her.

Puerto Madryn, Argentina.  Fourteen hundred kilometers from Buenos Aires located on the Patagonian boast, the town of Puerto Madryn is a touristic area known internationally for its beaches and for whale watching, an activity that attracts thousands of travelers each year.

Established by a society that included immigrants from various origins, including a large number of Basques, the Etorritakoengatik Basque Club was not created until this decade.  The presence of Maria Julia Ercoreca was decisive in the creation of the club.  For three years Marita dedicated hours and effort to gather committed individuals, and putting together a dance group.  Once “the seed was sown,” they were set to formally create a club and so Etorritakoengatik (for those who came) was formed, although she enjoyed it only for a short time, as she passed away suddenly.

For six years the Madryn Basque Club has represented the Basque community at several local events, cultural as well as gastronomic and has also represented the city at Basque events like at Semana Nacional Vasca or the gathering of Patagonian Basque clubs.

The anniversary celebration was held on May 12th at the Hall of Maritime Markers and was attended by some 50 people.  As usual at these festivities the club cooks were in charge of the menu that included pintxos, lentils and dessert.  There was also plenty of beverages for making toasts and a cake in the shape of an Ikurriña.

The event began with an Aurresku performed by Miriam Zabala to club president, Carlos Aristarain.  During dinner, tribute was paid to the memory of Maria Julia Ercoreca.  In her memory, club members also renewed their commitment to continue the work of spreading the Basque culture in the city and the region.  As part of this commitment Etorrikoengatik will participate, in the name of the Basque community in local festivities on May 25th at the 10th edition of the “Madryn al Plato” Festival that will take place on June 23-25th. 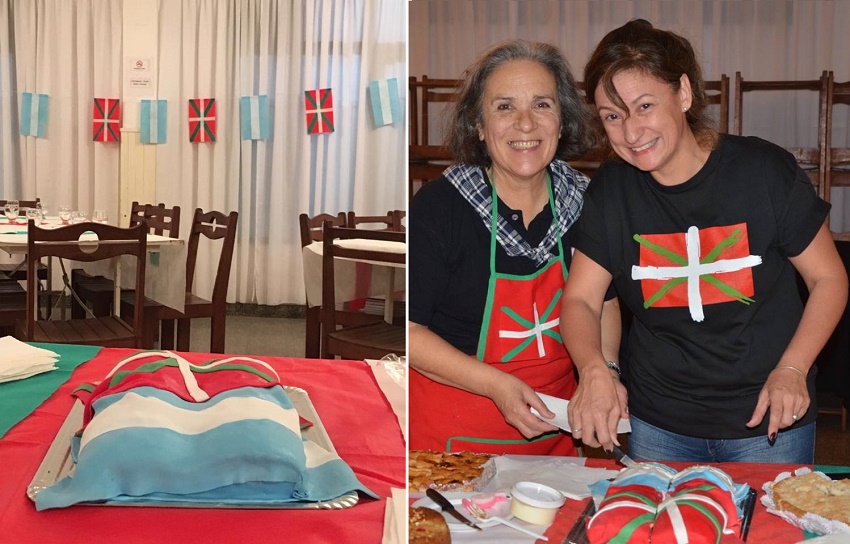